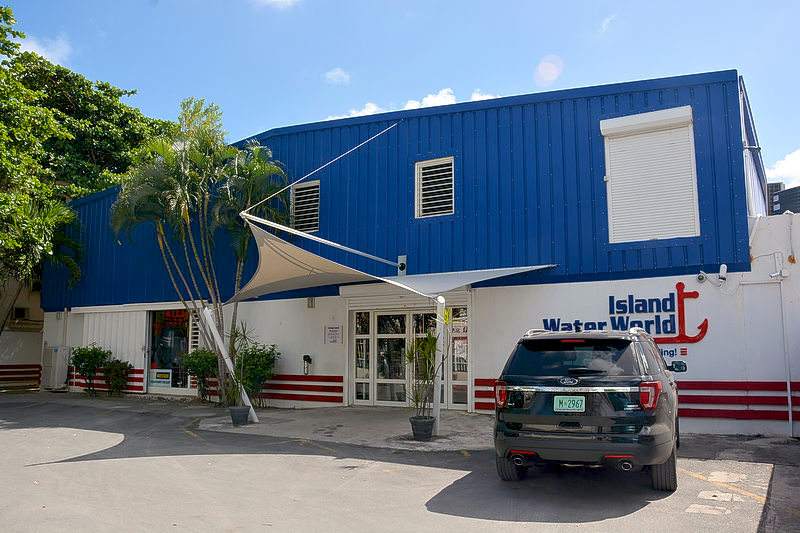 PHILIPSBURG–Four young men suspected of committing armed robbery at Island Water World in Cole Bay on May 16 had their day in court on Wednesday morning. The Prosecutor’s Office demanded prison sentences for D.L.M. (21), T.P. (18) A.L.L. (20) and D.R.W. (19).

All suspects maintained their innocence at the start of the trial. They told the judge they had been at a party on the beach the night before the robbery took place.

However, the Prosecutor believed it was legally and convincingly proven that the suspects were involved. The suspects all have criminal records and have been convicted in theft cases.

The robbers acted like professionals during the robbery, ordered the employees and clients at gunpoint to lie on the ground and keep quiet, and fled in a white Toyota Yaris with US $2,500 and two cell phones.

For D.L.M, T.P. and D.R.W. the Prosecutor requested four years in prison fully unconditional for armed robbery. Although T.P. was a minor at the time of the robbery, the Prosecutor requested that he be sentenced as an adult, considering the seriousness of the offence and the role he played in the robbery which was equal to the other suspects. T.P. even seemed to be in charge.

The Prosecutor asked that suspect A.L.L. be acquitted for armed robbery, but sentenced to 2½ years in jail fully unconditional for complicity in armed robbery.

A number of witnesses placed the suspects at the scene, according to the Prosecutor. One witness said she recognised D.R.W.’s fingers and neck.

A close-by neighbour saw the four men walk away from the Yaris on the day of the robbery. T.P. left a major clue in a backpack that was found in the vehicle which contained documents with his full name relating to community service he had done in April, one month before the robbery.

One of the suspects even had a Facebook conversation warning another suspect that police would be coming to speak to him and for him to tell police that he had been at the beach and just went to get something to eat in between with the same Toyota Yaris.

Telephone records show the suspects calling each other the day before the robbery, on the day itself and afterward. One suspect said he had lost his phone and someone else had been making the phone calls.

The judge will render his verdict on December 7.