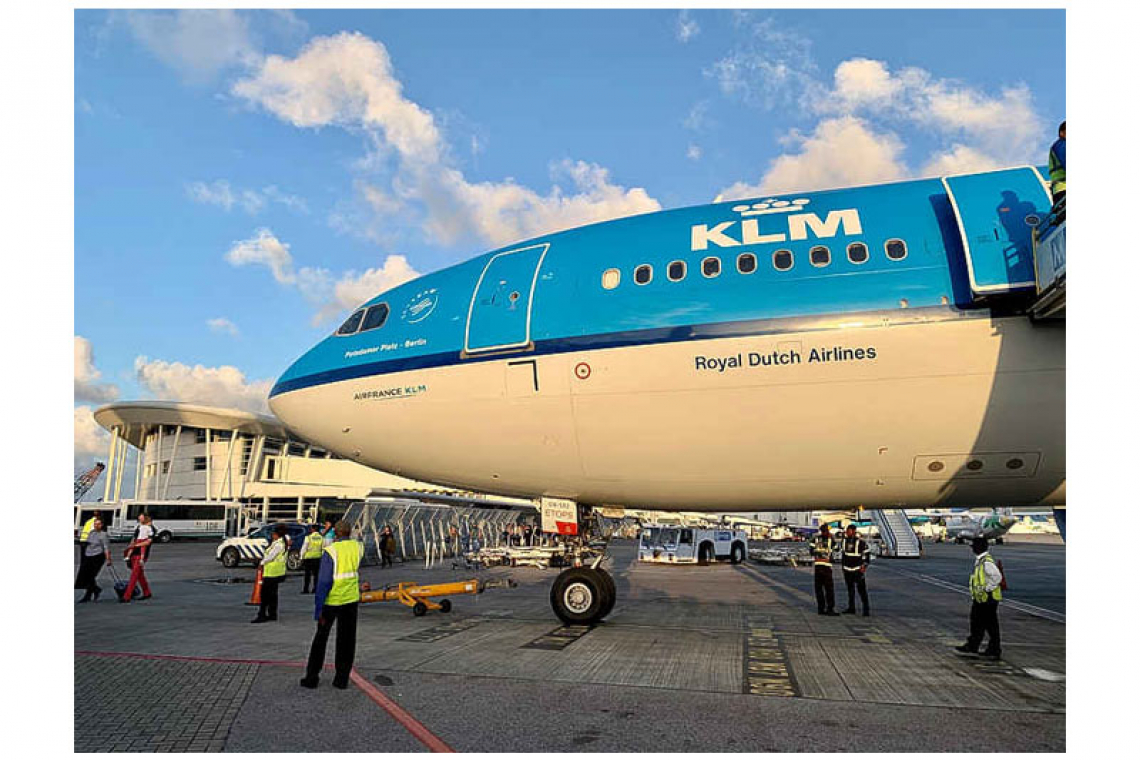 THE HAGUE–The Dutch government confirmed on Friday that the mandatory negative polymerase chain reaction (PCR) test and the rapid antigen test to enter the Netherlands will not apply to passengers and crews on flights from the Dutch Caribbean to Amsterdam Schiphol Airport.

The islands are in the company of nine other countries for which no negative test result is needed because they too are considered to be safe countries: Iceland, Australia, New Zealand, Japan, Rwanda, Singapore, South Korea, Thailand, China (including Hong Kong and Macau).

On Wednesday, the Dutch government announced that it would make a negative PCR test added with a rapid test mandatory for all incoming passengers as of Saturday, January 23. This resulted in the decision of Royal Dutch Airlines KLM that it would cease all long-haul flights from Saturday, because it didn’t want to run the risk of crew having to be left behind abroad due to a negative rapid test result.

It was not clear what KLMs decision would mean for the flights to Aruba, Curaçao, St. Maarten and Bonaire, and the islands were very concerned about the effects of the halt of these flights, not only on the transport of passengers, but also of freight, including the transport COVID-19 medication.

These reports have now been laid to rest, at least for the Dutch Caribbean and nine other countries. KLM flights to the islands on Friday continued as scheduled. The Dutch government has completely forbidden incoming flights from South America, South Africa and the United Kingdom (UK) due to the mutated coronavirus originating in these areas.

During a plenary debate in the Second Chamber of the Dutch Parliament on Wednesday, the governing liberal democratic VVD party made an attempt through a motion to get the KLM crew exempted from the negative rapid test. The motion requested the Dutch government to allow airlines to create an alternative test protocol for their crew, to be assessed by the National Institute for Public Health and the Environment RIVM.

Minister of Infrastructure and Water Management Cora van Nieuwenhuizen didn’t budge, but said that if the RIVM and the Outbreak Management Team (OMT) were to agree, she would not advise against the motion. The issue is to keep the virus outside. “Considering the developments, for example the new virus variation from Brazil, we are sticking to a containment principle. This measure for now will count for both truck drivers and crew members,” she said.

In response to the decision of the Dutch government, airlines KLM, Transavia, TUI, easyJet and Corendon issued a joint statement on Wednesday in which they said that with the mandatory rapid test for flight crews, the Netherlands would isolate itself and further hurt the airlines and the economy.

President of Schiphol Airport Dick Benschop has called on the government to find a practical solution to enable KLMs long-haul flights to continue. The airline sector continued to lobby on Friday to secure a rapid testing exemption for crews of all arriving flights.