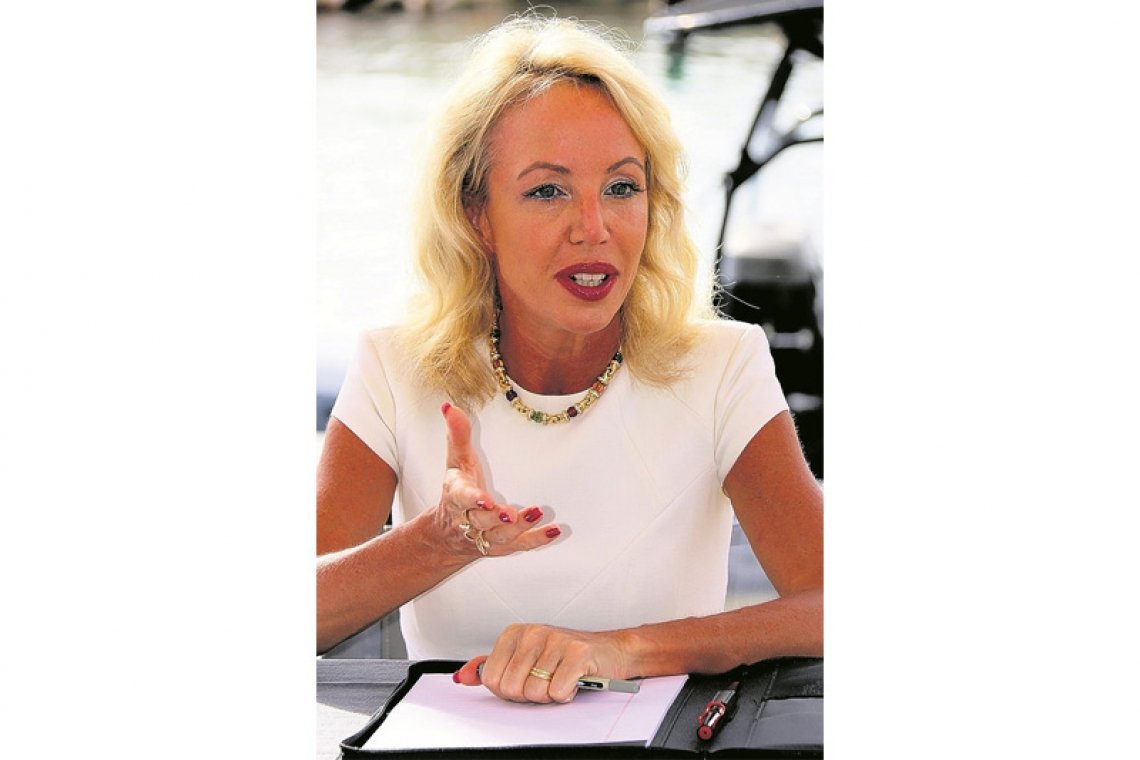 WILLEMSTAD–Princess Camilla Crociani of Italy is personally liable for damage suffered by the French banking group BNP in a conflict involving more than US $100 million, the court in Curaçao recently ruled. Camilla said she will file an appeal.

For years BNP has been conducting legal proceedings against the wealthy Italian Crociani family. Until last year the family became co-owner of a company that provides IT services for the aviation and defence sector. Profits from this flowed through Dutch private limited companies towards a family trust.

Ten years ago, without the knowledge of Crociani’s sister, properties were taken from this trust, which was managed by BNP and the mother Edoarda Crociani. She and BNP had previously been sentenced to pay back the assets. The bank did that, but since then it wants to recover the damage from companies owned by the family.

According to them, it was precisely the bank that wanted to change trust structures to generate more income and run less risk. In an interview with the Dutch Het Financieele Dagblad newspaper, Camilla described this as an “evil trick” in a “horrible race.”

But in view of the court in Willemstad this argument is “not relevant” because BNP must be compensated anyway. For the first time, it has now been determined that in addition to her mother, Princess Camilla is jointly and severally liable. The recently pronounced verdict states that she acted unlawfully by assisting in transactions of paintings by old masters such as Van Gogh and Picasso.

From 2015 mother Crociani sold ten works of art to companies of her daughter, on the assumption of BNP for a price that is more than 50 per cent below the appraisal value. According to the judge, Camilla must have known that BNP’s options for redress are frustrated.

She denied this and said the low price was because the paintings are in “poor condition.”

In a damage assessment procedure, it must be determined how much BNP can claim from Camilla. In principle, that is not the same amount as the mega claim which, partly due to legal costs, increases daily.

The princess pointed out that BNP must still demonstrate a “causal link” between her actions and damage suffered, while she will argue on appeal that there is a legitimate reason for the transactions. In addition, it has not been demonstrated that she has “unjustifiably enriched” herself.

BNP lawyer Willemieke Princée spoke of a “very important” ruling, also because it has now been established that there was an unlawful act as a group. This means that “others” who consciously assist mother Crociani with hiding property can be held liable.

A party that controlled the Crociani family’s assets for decades is United Trust (UT), the trust office of Curaçao businessman Gregory Elias. According to BNP, UT plays a “central role” in the “wider management” of the Crociani companies.

In 2018 BNP required documentation from the trust office by attaching evidence. In this way, they want to see where the assets are.

There is still ongoing litigation about this. An American judge also ruled that a UT-managed trust on the British island of Anguilla “actively cooperates” with mother Crociani. There are several paintings in the trust.

BNP does not want to comment on whether the bank will ever hold UT itself liable. Roderik van Hees, lawyer at UT, emphasised that there are no liability proceedings against his client. He added that a possible case is “hopeless,” more-so because judges in Curaçao consider reproaches about the restructuring of companies “highly speculative.”