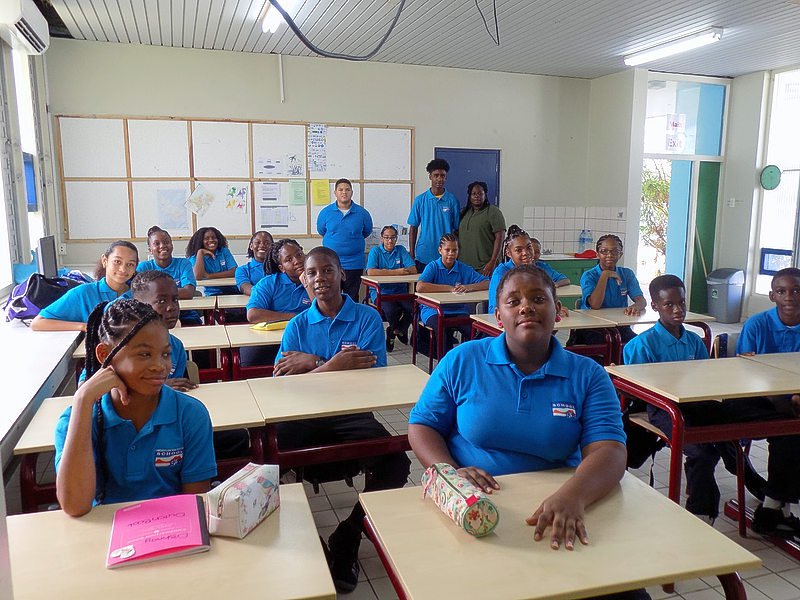 ST. EUSTATIUS–Back to school took place on St. Eustatius over the past few days, with new and old pupils and students going to class on Monday and Tuesday.

Governor de Graaff School welcomed around 40 pupils for the new 2017/2018 school year. The only school for secondary education on the island, Gwendoline van Putten (GvP) School, held its opening assembly on Tuesday.

Pupils of Lynch Plantation Seventh-Day Adventist School with their teacher.

During the assembly GvP introduced new teacher Julian Hinckson, who will be teaching English and Computer Technology. Principal Rosalie Edelstein-Lopes and coordinator Vanessa Bennett wished everyone a successful school year.

Various organisations, such as Expertise Centre Education Care and Centre for Youth and Family, as well as parents/guardians of students witnessed the assembly.