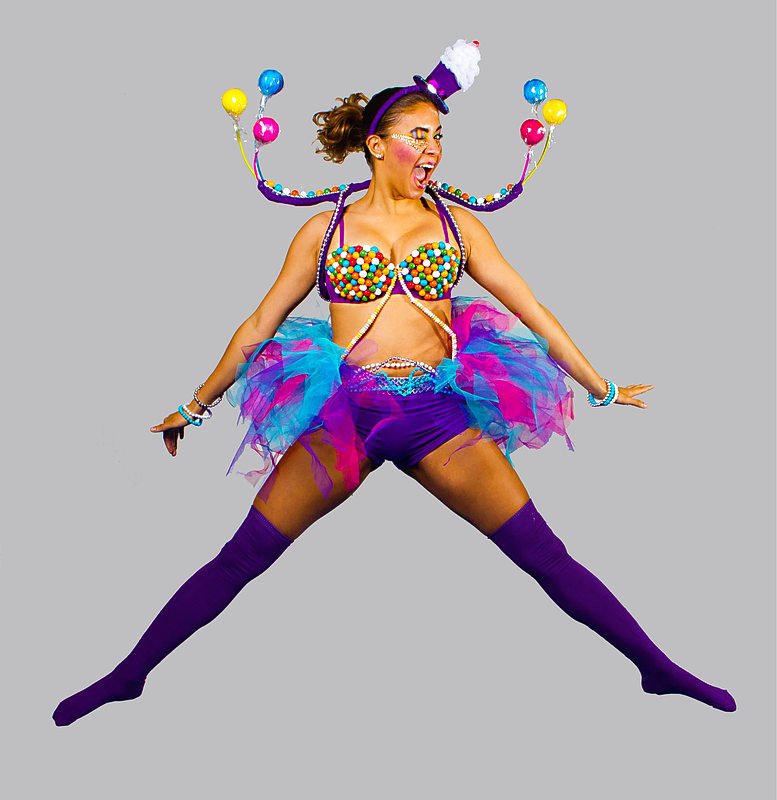 ROTTERDAM–Small Island Unity (SIU) is one of the 25 troupes from the Caribbean and other parts of the world that will be participating in this Saturday’s Rotterdam Summer Carnival. The grand parade with more than 2,500 revellers attracts some 750,000 spectators.

This year’s theme of SIU will be all about chocolate and other sweetness. Hence the name of the theme: SIU and the Chocolate Factory. Revellers will carry fluid chocolate for throwing purposes. “It will be one sweet sticky mess,” said SIU troupe leader Kyle “DJ Spy” Brown on Thursday. “But all biodegradable,” he quickly added.
The troupe of some eighty revellers will be divided over three sections: children, costumes and T-shirts. Besides chocolate, the costumes will also include candy. And, after the judging point things will go really crazy with more chocolate, powdered sugar and chocolate sprinkles (“hagelslag”).
SIU has steadily grown in numbers and this will be its fifth Rotterdam Summer Carnival. Besides revellers from St. Maarten, St. Eustatius and Saba, a group from Germany and Russia will also be joining this year. DJ Spy and a few other performers and artists will be in charge of the music.
Unfortunately last year’s parade was cancelled last minute due to a summer storm. But, SIU helped to save the day. Brown managed to get a club to open early so the revellers of SIU and other troupes could still have an indoor carnival party. Because putting together a troupe is quite an expensive affair, SIU is still looking for sponsors.
SIU is the last in the line-up of an impressive number of troupes. In total there will be more than 25 troupes and thirty trucks on the 2.5 kilometre route through the centre of Rotterdam. The majority of the troupes have Caribbean roots, but there will also be groups of South America and Cape Verde.
In addition to SIU, other troupes from the Caribbean that will be participating in this year’s parade include Esaki Si Ta Dimi, Kingdoms Under the Sun, Caribbean Love, Alegre i Kontentu, Grupo Pashon Exotico, Caribbean Jewels, Elegance, Grupo Huntu, Grupo Candice, Sorpresa, Somos Dominicanos and Trinidad Connection and Friends.
The Summer Carnival has been in existence for three decades. It started in Utrecht in 1983, with a group of students from Aruba and Curaçao who decided that they wanted to celebrate their carnival tradition in the Netherlands. The parade quickly moved from Utrecht to Rotterdam. In the first years, the parade was referred to as the Antillean Summer Carnival.
The Rotterdam Summer Carnival takes place in the last week of July and consists of several parts besides the street parade: the warming-up party with brass bands, the Battle of Drums, the election of the Carnival Queen and the food festival Mercado.
This year’s theme of what is referred to as “the largest street party of the Netherlands” will be “Celebrating cultural diversity.” And, because the Rotterdam Summer Carnival has proven that it is living heritage, of great importance for the cultural identity and social cohesion, it has been decided to place the event on the Netherlands National Inventory Intangible Cultural Heritage as the 100th Dutch tradition.
By placing the Summer Carnival on the National Inventory Intangible Cultural Heritage, the Rotterdam Summer Carnival Foundation wants to stimulate youngsters with Caribbean roots to continue the tradition of celebrating Carnival well into the future. The new generation will help to keep the tradition up-to-date by using modern techniques and materials.
The National Inventory is a result of the signing by the Netherlands in 2012 of the United Nations Educational, Scientific and Cultural Organisation UNESCO Treaty to Protect Intangible Cultural Heritage. The Knowledge Centre Intangible Heritage Netherlands coordinates the National Inventory.