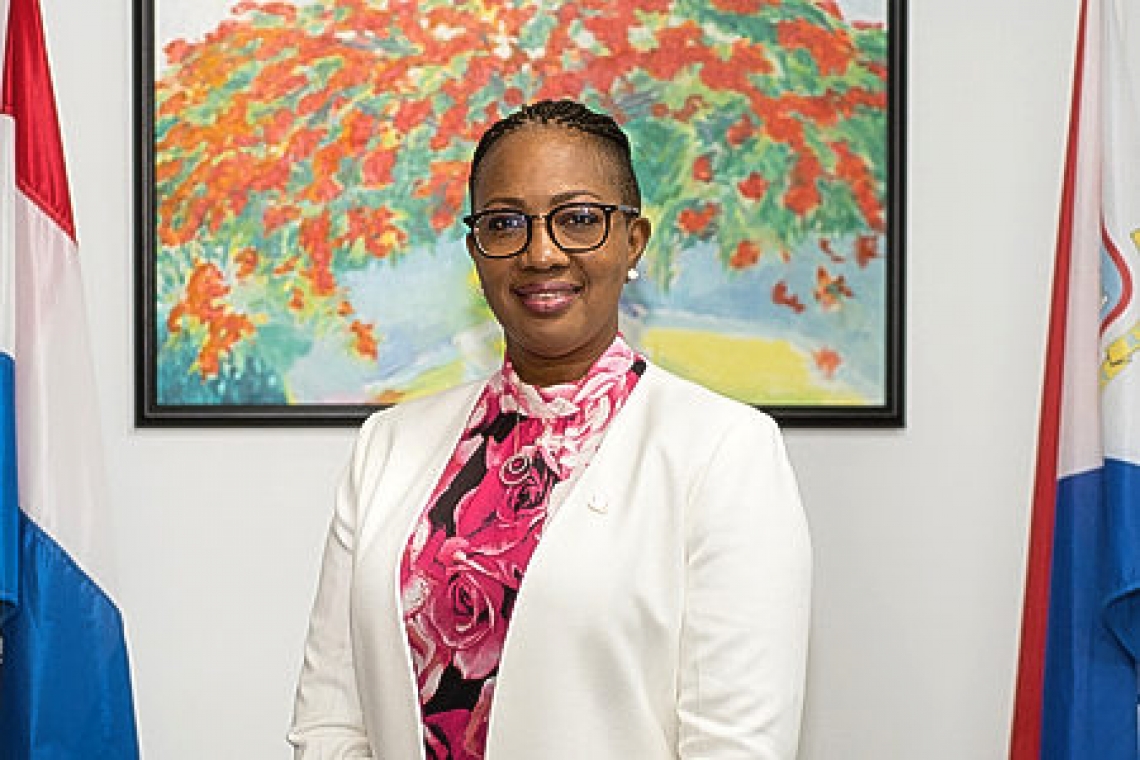 PHILIPSBURG–An “indecent proposal” and a “take it or leave it,” offer, were among the terms used by Prime Minister Silveria Jacobs to describe the conditions for the financial assistance offered by the Kingdom Council of Ministers on Friday.

“I was quite pleased to have sat with the prime minister of the Netherlands for the first time this week together with my colleague prime ministers, and was given the impression that on Friday (yesterday), we would be told or informed as to what the second tranche of assistance would look like and that we would have until July 3, to decide or finalise the discussions on the way forward for the third tranche and what conditions would be attached to this,” Jacobs said during a live virtual press conference on Friday.

“However, to our surprise, less than 24 hours ago, we had to prepare our Plenipotentiary Minister (Rene Violenus) to defend St. Maarten’s position as did the other two countries – Aruba and Curacao, to the fact that we have been made what can only be called an indecent proposal by the Netherlands.”

She said the proposal boils down to a “take it or leave it” offer. The Council of Ministers of St. Maarten were expected to hold an emergency meeting on Friday afternoon to discuss the proposal following which the public will be informed on the way forward. Talks will also be held with Members of Parliament (MPs).

“We already know as a country historically, what has been done in the past whereby assistance is granted with conditions that have been unreasonable, unachievable and therefore seem to be a set up to fail,” Jacobs said noting that St. Maarten has been given until Wednesday, May 20, “to either take it or leave it” and as a result, the country is preparing for this meeting and any bilateral talks that will be held in the interim.

While she declined to go into details ahead of her meeting with the Council of Ministers, Jacobs said the proposal includes “an entity that will come at some point in July.” She said government has “no clue what it is, what form it will take, who would be a part of it et cetera,… So, we are being asked to agree to things that we have no clue where it is going.

“We felt that we were in an amicable situation and at this point, we are prepared to show that we are still in solidarity with our people. We have a counterproposal, but as our plenipotentiary minister is being told “it is either this assistance, or none. I think this is unfortunate and for me, it is a matter of being totally transparent with the people of St. Maarten in what actually stands before the government.”

She said St. Maarten had proposed budget cuts across the board. “As much as it hurts us, the proposed cuts would also impact civil servants,” she said adding that many civil servants have been on the front line and struggling for years to receive “what they deserve” and making the decision was not an easy one.

She alluded to decisions taken by the Council of Ministers to cut their own salaries, prior to COVID-19, by 10 per cent; by another five per cent due to a parliamentary motion during the 2020 budget debate and an additional five per cent recently, totalling a 20 per cent cut. “It is not only us, but all those who can afford to lose a little bit.”

She alluded to the cost-cutting proposals made to the unions, which were rejected. A second proposal has since been made to unions and the union have also made a counterproposal, which was outlined in a press release issued to the media on Friday. Jacobs said the unions rejected the initial proposals although government stressed that “without us taking a hit” it would be “impossible” for St. Maarten “to receive any type of help from outside.”

The country cannot go on the open market to borrow without first going through the Netherlands, therefore St. Maarten’s first option for any type of financing is from its kingdom partner.

Government had prepared the St. Maarten Stimulus and Relief Plan (SSRP) to help alleviate unemployment in the wake of the COVID-19 crisis by providing unemployment support and assistance to the most vulnerable. It is government’s intention to stand firm and be in solidarity with the population. The intention is for “the strong” to “help the weak.”

“However, the unions did not see it that way and we did not have a firm proposal to give to our partners knowing that they will be providing a decision today (Friday) on the assistance,” she said.