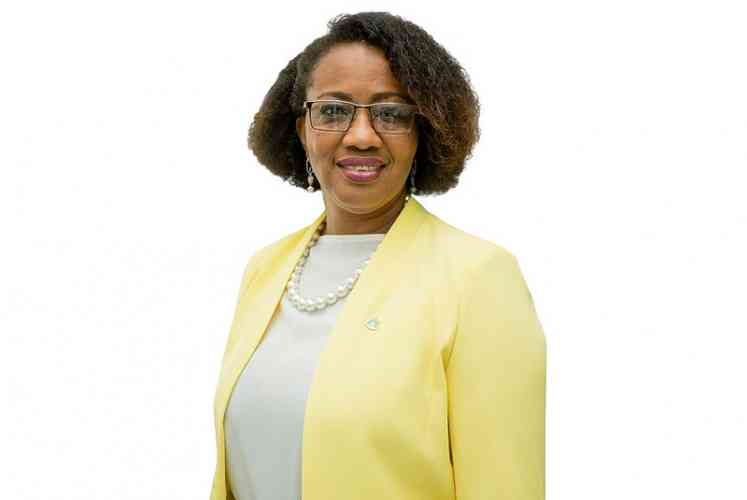 PHILIPSBURG–National Alliance leader Silveria Jacobs says she has been closely following the case of Minister of Tourist, Economic Affairs, Transport and Telecommunication (TEATT) Stuart Jonson and his former staff member which has escalated in an ugly manner in the press, on radio talk shows, on social media and rampantly throughout the community with growing dismay.

However, “these two cases are being handled by the justice system, and while we expect them to take their course, the inevitable fallout for the sitting government and by extension the people of St. Maarten cannot be ignored either,” stated Jacobs in a release on Sunday.

“The coalition of eight should take matters into their own hands and swiftly,” as the Member of Parliament (MP) believes their lack of action in this regard will only hurt St. Maarten in its quest “to prove to Kingdom partners that we can handle the messes in our own back yard. The ministers in question should be called to order and asked to resign in the best interest of St. Maarten.”

In her opinion the recent allegations of sexual harassment of an employee by a minister cannot be tossed aside and flippantly discounted, as it was in the last press briefing that the minister stated that they are “under investigation” and therefore could not be clarified.

“This has only created more questions: What or whom is being investigated and by whom? Who pressed charges on whom? What are the charges?

“If the minister is indeed being investigated it will require the involvement of a judge granting the prosecutor permission to do so. Has a request been submitted by the prosecutor to the judge?

“If indeed there is an official investigation with sufficient evidence, then it is in the minister’s best interest to honourably step down before it goes any further in defiling the function he now holds,” the release continued.

“This type of investigation will put the minister and by extension the country through a spectacle of international proportions which diverts way too much attention of the government and the country from the very important tasks of assisting the vulnerable in our society who are still reeling from the aftereffects of Hurricanes Irma and Maria, rebuilding and diversifying our economy, and our very important tourism sector.

“The case must go through its process, and justice must be served. No employee, regardless of sexual orientation, should be coerced or bribed into partaking in any sexual acts against their will, or risk losing their jobs.

“This is a phenomenon that is rife around the world and St. Maarten is no exception. Usually it is a female worker being harassed by a male superior and has no proof which can be used in court.

“If the alleged victim, or victims in this case, as the ‘me too’ cry has already started, has not pressed charges and this is a campaign smear, then they should be exposed as such and justice can follow its course.

“But if the victim has pressed charges and the minister (or the matter) is being/will be investigated, it would behove the minister to do the honourable thing and resign before it comes

to that and handle the case as a citizen and not as an appointed member of the Council of Ministers. Has St. Maarten not endured enough?”