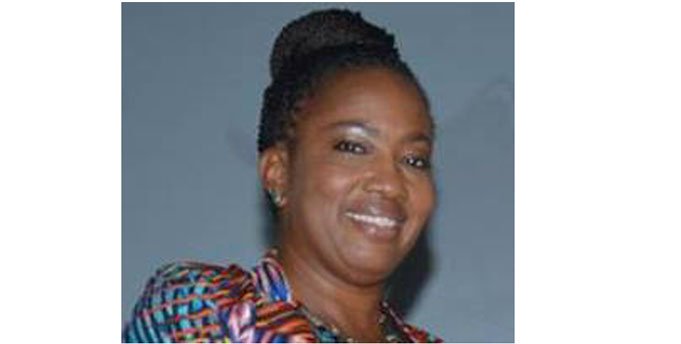 PHILIPSBURG–In an effort to keep the doors of University of St. Martin (USM) open, Minister of Education, Culture, Youth and Sports Affairs Silveria Jacobs has submitted a proposal to USM that includes granting the institution an incidental subsidy amounting to NAf. 690,000-920,000.
The financial injection would be over a three- to four-month period. Jacobs said in a press statement on Thursday evening that the Council of Ministers had given the green light on Tuesday for her to meet with USM to propose a Memorandum of Understanding (MOU) to grant the incidental subsidy. The move is to avoid closure of the institution and to prepare for its continuity in a transparent, accountable, efficient and effective manner.

Jacobs and the Ministry’s Secretary-General Jorien Wuite, Department of Education head Sidonia Lacorbiniére-Hodge and Inspection Division head Dorothee Illis-Laurence met with the USM board and management on Wednesday to present the proposal and get USM’s feedback/agreement.
Jacobs said she initially sent a request to the board on Friday, November 24, to meet as soon as possible to find a viable solution, as the deadline was approaching quickly. She had proposed to meet on Monday November 27, at 8:30am. While the board confirmed receipt of the invitation, no confirmation of attendance was given.
“After calls were made to ascertain the status of the meeting, the USMF [USM Board – Ed.] issued a letter to the Minister restating that the board had decided that USM would close as of November 30, 2017, citing six options for closure,” it was stated in the release.
“Considering the importance of USM and the urgency of its survival to the community of St. Maarten, Minister Jacobs, presented the latest information and proposed to the Council of Ministers on Tuesday to allow an emergency financial injection with conditions for cooperation, collaboration and accountability.
“The Council of Ministers granted approval in principle and the USM Board was invited to the meeting which they attended on Wednesday. An MOU was prepared and presented to representatives of the USM board present: President Valerie Giterson-Pantophlet, board member Marcellia Henry and Financial Manager Robert Judd.
“According to the MOU, the Ministry would issue an immediate injection of NAf. 230,000 to jumpstart the semester for all students as soon as possible; will grant two more monthly instalments of NAf. 230,000 with possibility of granting one extra month during the semester if advised and concluded by the Government accountant bureau SOAB reports and USM will cooperate with SOAB to carry out its investigation to validate the pending (2013-2016) financial statements as well as provide recommendations to the board and Ministry aimed at effective and efficient management of USM board.
“Also included in the MOU is that the USM board will provide all necessary pending documents required to substantiate requested increase in subsidy for 2018 so that the Department can submit the advice as soon as possible to be able to secure the approval of the necessary funding for the continuity of USM and that the Ministry will prioritise the finalisation of the Ordinance for Higher Education.”
Jacobs said in the release that clarity was sought on some points related to the USM board’s financial management by Judd and was given.
“However, Mrs. Giterson-Pantophlet informed Minister Jacobs that she could not even agree in principle with the proposal, which would allow USM to keep its staff and meet the needs of the community, without consulting and getting the approval of the USMF board. The president of the USMF Board further stated that the earliest the board can meet is on Sunday, December 3, thereby rendering a decision after the date proposed for the closure of USM, which remains today November 30,” Jacobs said.
“However, to date [Thursday November 30 – Ed.], no feedback on the MOU has been received from the Board, which begs the question as to how urgent USM finds this matter which leaves the future of the students and staff hanging in the balance.
“Though the University may consider this a last-minute offer, Government of St. Maarten has made every effort to get the necessary information from USM board to be able to financially assist in a lawfully-recognised manner.
“As such the offer now on the table, which has the approval of Council of Ministers, is in no way the standard operational procedure when dealing with the taxpayers’ money. However, because of the imminent urgency of the situation, it includes the necessary checks and balances that would force USM board to live up to the agreement in order to secure the subsequent instalments.”
Jacobs reiterated to USM board representatives that Government is committed to help to safeguard the students, teachers and staff of USM with the proposed solution and is hopeful the board will seriously consider this proposal as a viable option, instead of filing for a moratorium on payments.