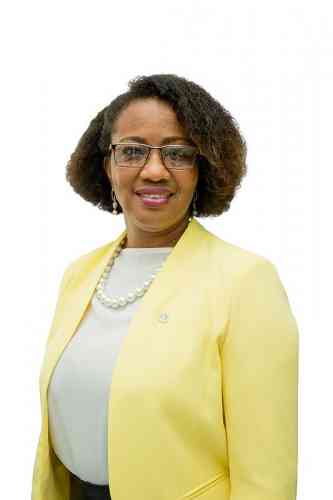 ~ Urges gov’t. to educate public about its existence, ensure enforcement ~

PHILIPSBURG–National Alliance (NA) Member of Parliament (MP) Silveria Jacobs is happy that her law amendment to raise the drinking age from 16 to 18 is now in effect, but she cautioned that government now has the responsibility to educate and inform the public that it is in effect and to ensure that enforcement takes place.

The law went into effect recently.

“I was quite surprised that it took so long for the law to be enacted. All it required was for the minister or Council of Ministers to send their response to the Governor in terms of their willingness to enact this law and then the Governor would sign it, return it to them for their signature and then it would be enacted.,” Jacobs told The Daily Herald.

“Unfortunately, it did take nine months. This is the length of time it takes to create a human child. And in the meantime, our youth would be exposed to alcoholic beverages. I know that alcohol is the least that they are into, but it is government’s responsibility to enforce the laws and to inform the public of the laws and to make sure that all concerned are holding them.”

The amendment prohibits businesses in the country from selling or serving alcohol to minors below the age of 18. The amendment was unanimously passed by parliament in November 2018.  A similar law already exists in French St. Martin. The amendment to the law was Jacob’s initiative and at the time of its passing was the second initiative law from an MP to be passed in parliament since its existence.

“We are finally seeing the end of the trajectory of my initiative law – a step that I saw that was necessary,” Jacobs said. “I am very proud of the fact that something that took several years because of me being in and out of parliament and probably because of the lack of interest from others in seeing it through, that this is now a reality for St. Maarten.”

The passing of the law now corrects a discrepancy that existed between the penal code and the corresponding legislation since 2015.

While the penal code, which went into effect in 2015, prohibits the sale and serving of alcoholic beverages to persons under the age of 18, the corresponding legislation (Permit Ordinance Art. 50. Sub 2) to prohibit those who would sell or give alcohol to minor drinkers was not adjusted to reflect the increase in legal age to 18, and could therefore not be enforced in bars and restaurants, etc.

The amended law also provides for a maximum sentence of six months or a fine of NAf. 10,000 for persons who break the law.
“The laws are now in cohesion because the penal code was already, for the past couple years, in effect that it was illegal for anyone under the age of 18 to be consuming alcohol.

“However, the penalties for the person distributing the alcohol was not clear because the permit ordinance which gives vendors, restaurants etc., the permission to disseminate alcohol did not reflect the change that had been in the penal code,” Jacobs explained. “So, I am very happy that now the laws state the same thing.”

She stressed that it is important for government to assume its responsibility to inform the public, the youth and businesses that they are not allowed to sell and serve alcohol to minors and that there are strong penalties for doing this.

“You will see a campaign coming from me via social media,” she noted, adding that the Lions Club had been very instrumental in bringing the discrepancy in the law to parliament, after which she had picked it up, even though she had been in and out of parliament from 2015 to 2018.

The process to work on the law took several years and began in April 2015 when Jacobs chaired a meeting of parliament’s Education, Culture, Youth and Sports (ECYS) Committee, requested by the Lions Club of St. Maarten. During that meeting the Club made a presentation on its “Youth Alcohol Abuse Awareness campaign of 2014-2015” to bring its goals to the attention and awareness of the committee, parliament and Government to make the necessary changes.

The presentation highlighted the start of the Lions’ campaign to create awareness among the youth, the public and parents specifically, to get government to raise the legal drinking age from 16 to 18 and to enforce the law when alcohol is sold to minors, amongst other things.

The Club at the time presented an overview of its programme for the year and was instrumental through press conferences, school presentations, radio ads, letters to government, and collaboration with the Carnival committee to place warning posters to bring awareness to those who sell to minors in all booths during Carnival 2015.

As Chairperson of the Education Committee of Parliament at the time, Jacobs took the initiative to meet further with the legal representatives of the Lions and got legal advice on changing the Permit Ordinance, and the process was started.

With the assistance of attorney Reynold Groeneveldt, the draft initiative amendment to the permit ordinance was presented to Parliament on July 22, 2015, and forwarded to the Council of Advice, which rendered its advice on the initiative draft amendment, and it was received by parliament on November 4, 2015.

The initiative did not receive any further follow-up until 2016, when Jacobs picked it back up and handed in the “Nader rapport” to the Council of Advice, advice to parliament on December 12, 2016. Most of the Council’s recommendations were taken up in the draft presented to parliament on Thursday.

On her return to parliament in April 2018, Jacobs again picked up the adjusted initiative and presented it with the adjustments to “Memorie van Toelichting” to the Central Committee of Parliament on June 19, 2018. During this Central Committee meeting, MPs expressed their concerns, support and asked questions. The law was eventually passed in November of that year.