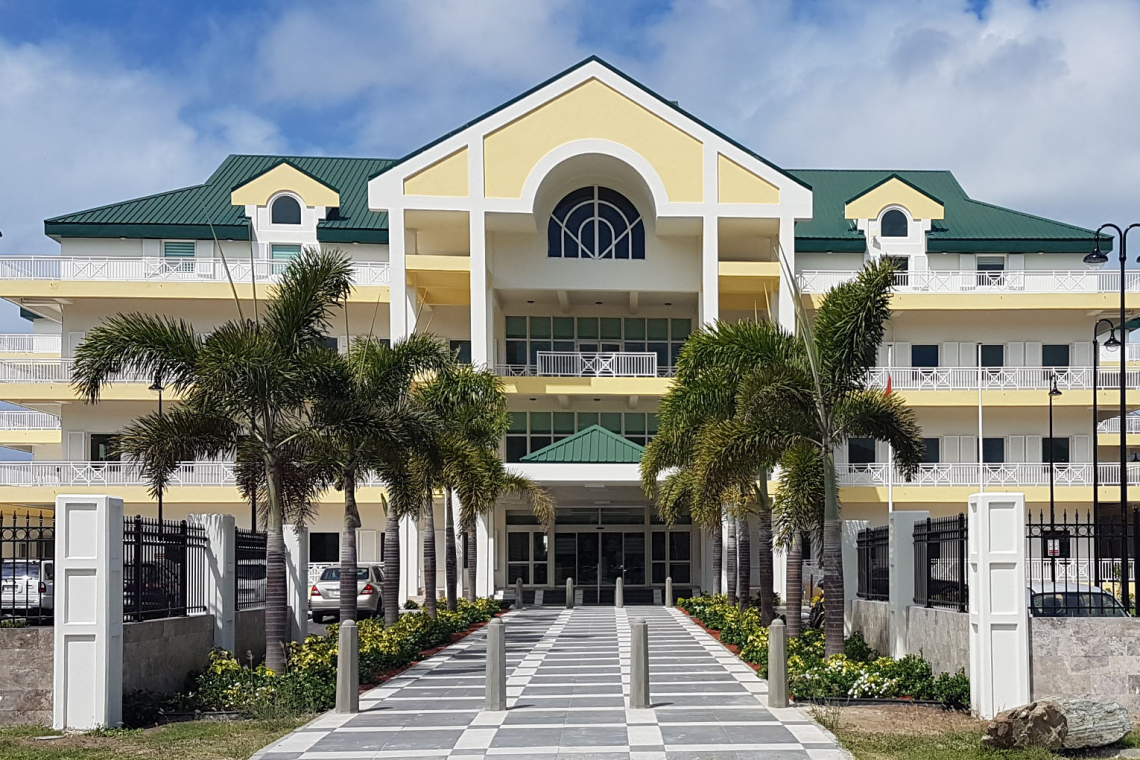 PHILIPSBURG–Prime Minister Silveria Jacobs held what she called an “amicable” meeting with Dutch State Secretary for Home Affairs and Kingdom Relations BZK Raymond Knops on Monday, but she indicated that “more reassurance” was still needed from the Parliament of St. Maarten.

Knops said in a letter to the Dutch Second Chamber of Parliament on Friday last that St. Maarten will not be receiving some NAf. 39 million in liquidity support until Parliament clarifies its position on the petition recently submitted to the United Nations (UN) and confirms approval for the Caribbean Entity for Reform and Development COHO.

“The meeting was amicable; however, it is clear that the [State Secretary – Ed.] still needed more reassurance from Parliament which is not mine to give,” Jacobs told The Daily Herald on Tuesday.

“He agrees that we (government) have lived up to the agreements and I reiterated that St. Maarten is very disappointed that we aren’t able to move forward as per agreements made based on the feelings of BZK, with support from the RMR [Kingdom Council of Ministers].”

Jacobs said that in government’s opinion the goalpost continues to be moved, as the condition for fifth tranche of liquidity support was the finalisation of the Implementation Agenda (in Dutch: uitvoeringsagenda) which is ahead of schedule “and yet this didn’t happen – a clear example of how the democratic deficit negatively affects us.”

Jacobs said that in a follow-up meeting held on Tuesday arranged by the Dutch Representation Office in St. Maarten, Chairperson of Parliament Rolando Brison joined the conversation and was able to convey the intentions of the petition submitted to the UN Rapporteur. “The State Secretary still expects to receive such in writing and if it satisfies him and his colleagues who have been mandated by the RMR to decide such, we can proceed.”

She said noteworthy to mention is that the signing of the implementation did not proceed, even as St. Maarten remains committed to the process.

“I look forward to hearing the reaction of those mandated to decide on behalf of the RMR. However, I earnestly believe the more the Netherlands insists on this statement from Parliament, the more they give further indication that the democratic deficit is being used against us as smaller countries in the Kingdom,” said Jacobs.

“The State Secretary pledged to want to proceed and continue to repair the relationship between the Netherlands and the island, but it appears we still await the verdict based on Parliament’s explanation, which I find uncalled for as their expressions don’t weigh in at this time.

“I made sure to make it very clear to the State Secretary that while we have shown understanding for the sentiments of the Netherlands when negative utterances are made against them politically, they seem to not understand that this insistence on things being done their way every time there is a dispute, in exchange for needed liquidity during this time of crisis, also puts more fuel to the thoughts and feelings by us in the islands that we not treated equitably in the Kingdom.”

Jacobs encouraged Knops to keep this in mind as well, as we seek to improve relations based on mutual understanding and trust.