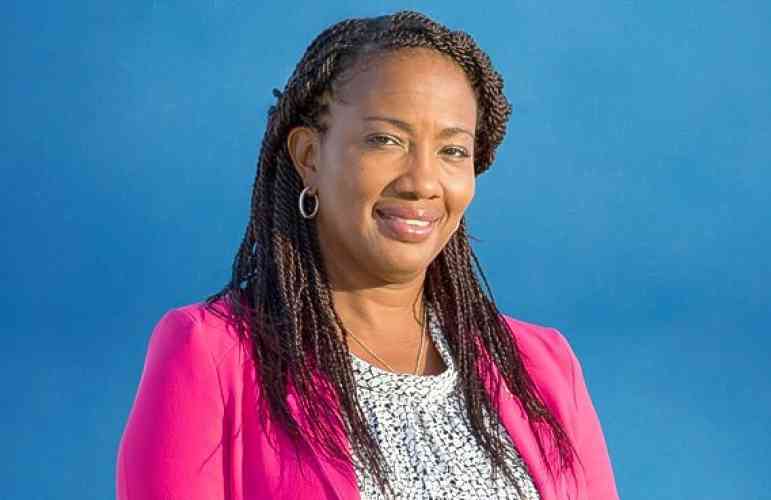 ~ Urges govt. to make this a priority ~

PHILIPSBURG–National Alliance (NA) Member of Parliament (MP) Silveria Jacobs is perplexed as to why government is stalling the enactment of the law amendment to raise the drinking age from sixteen to eighteen, by not giving the green light for the initiative law so that the official signing can be done by Governor Eugene Holiday and the responsible minister.

Jacobs said in a statement on Sunday that she recently sent a letter to the Council of Ministers and one to Holiday to express her concerns regarding the status of the “Initiative National Ordinance Amending Article 50 Sub 2 of the Permit Ordinance regulating the legal age sale of alcohol.”

The law amendment was approved unanimously by Parliament on November 22, 2018. It was passed “with the cooperation and support” of Minister of Tourism, Economic Affairs, Transport and Telecommunications (TEATT) Stuart Johnson and the TEATT Ministry.

Since then, on inquiry at Holiday’s office via Parliament, Jacobs said she has ascertained that the draft amendment was sent to the Council of Ministers (COM) for their advice moving forward towards enactment.

“Seeing that the Minister responsible for the enactment of this amendment was in attendance and gave his public support for it, MP Jacobs is perplexed as to why the enactment has not been given the green light by COM in order that the official signing by the Governor and Minister can take place,” it was stated in the release.

Jacobs is of the opinion that the amended legislation, once enacted and properly publicised, should assist TEATT inspectors, police officers and the community to be vigilant in its enforcement. This would protect youngsters and fine “those who deem it acceptable to sell or serve alcohol to minors.” Signage placed by the Lions Club over the years played a great role in this, and this can be built upon now that penalties can be enacted as a deterrent as well, the release said.

With the Carnival season upon us, “many tales of excessive negative behaviours” on the streets by the youth are being heard. Jacobs strongly believes that access to and consumption of alcohol, parental apathy, ignorance and a culture of acceptance in society, amongst other influences, play a role in this.

A similar law on the drinking age already exists in French St. Martin.

The amendment to the law was an initiative from Jacobs. The enactment of the law will correct a discrepancy that existed between the penal code and the corresponding legislation since 2015.

While the penal code, which went into effect in 2015, prohibits the sale and serving of alcoholic beverages to persons under the age of 18, the corresponding legislation (Permit Ordinance Art. 50. Sub 2) to prohibit those who would sell or give alcohol to minor drinkers was not adjusted to reflect the increase in legal age to 18, and could therefore not be enforced in bars and restaurants etc.

The amended law also provides for a maximum sentence of six months or a fine of NAf. 10,000 for persons who break the law. The law can only go into effect after it has been signed by Johnson and Holiday, who has to receive the law from government.

This is another law which should be heavily publicised and enforced to inform parents of their responsibilities in keeping their under-age children out of “jump-ups.” This law has been in existence for decades, yet the population is unaware of it for the most part, it was stated in the release.

“Awareness is an important first step. Enforcement of the law, with a few prime examples of holding those caught until parents pick them up, or fining parents of those held, will surely serve as a deterrent as well. Even if the police are not able to get all youngsters out of the ‘jump-ups’ it would be a great start,” said Jacobs.

She would like to see the reach of the Department of Communications DCOMM radio station 107.9FM, social media and the print media used to promote parent and youth awareness and the possible repercussions of these two laws geared at protecting the youth which are closely related to inappropriate behaviours being exhibited “in great numbers by our youth, especially during this time.”

Jacobs believes the initiative has been launched and it is important that all relevant and impactful parties join the movement to protect the youth and future of the country.

She appeals to the Council of Ministers to make this a priority and take swift action to highlight the law in the community. She is “committed to doing her best” to bring awareness to this cause and will do so regardless.

“However, support within the law already approved by Parliament, and support by our executive branch of government would go a long way in bringing it across to the population, as was done with the zero-tolerance campaign,” it was stated in the release.