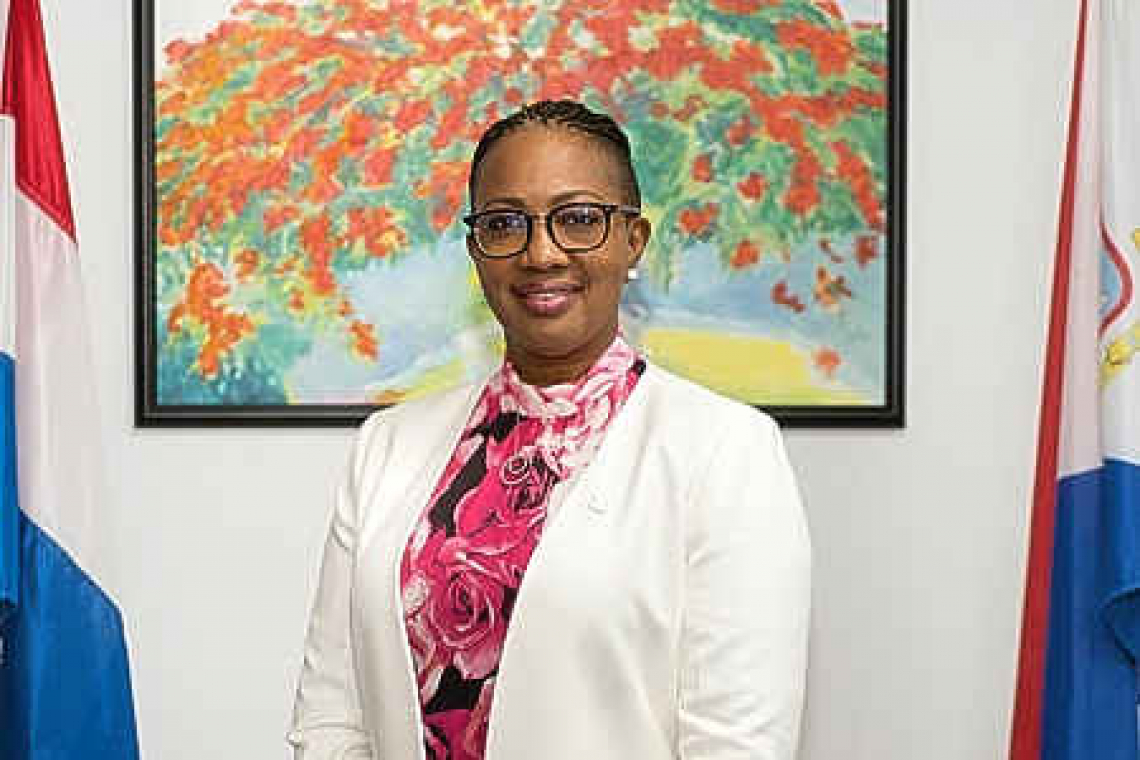 PHILIPSBURG–Prime Minister Silveria Jacobs is seeking a virtual meeting with new Dutch State Secretary of Kingdom Relations and Digitalising Alexandra van Huffelen once she has been sworn in.

The new Dutch government coalition comprises political parties VVD, D66, CDA and ChristenUnie. The new cabinet of the Dutch government, the fourth to be led by Prime Minister and Minister of General Affairs Mark Rutte, will be sworn in on Monday, January 10.

Some of the points Jacobs would like to address with Van Huffelen are the three decision points that have caused concern for St. Maarten and were postponed until the upcoming Kingdom Council of Ministers meeting scheduled for January 21.

“The new Dutch government in equitable collaboration with St. Maarten and the other countries will have many issues to address and finalise, including agenda points that were postponed in December.

“This will be the first Kingdom Council of Ministers meeting for 2022 and we look forward to favourable decisions being made that would allow St. Maarten to continue on the track of moving forward, by effectuating the budget 2022 still to be debated in Parliament from which the country package will be executed. We expect the measures together with other initiatives will make the country more resilient,” Jacobs said in a press statement.

“As a country, sufficient room is needed, considering the current pandemic and economic challenges we are facing, in order for us to move forward. We are eager to get discussions going again as time is of an essence. St. Maarten has requested the approval of the deviation from the budgetary norms of article 15 of the Rijkswet Financieel Toezicht (RFT).

“The Committee for Financial Supervision CFT has also advised positively on the necessary deviation from article 15 (RFT) which allows for a budget deficit. St. Maarten requested for article 25 (RFT) to be applied, allowing the country in times of a disaster the right to deviate from Article 15 (RFT) which establishes the budgetary norms. This legally empowers St. Maarten to enact the law for an approved budget deficit and will in the end allow for the financing of the reforms in the country packages.

“The current global pandemic can be classified as a disaster for the country and we have been operating in this manner for almost two years. We look forward to resolving this matter in the next Kingdom Council of Ministers,” Jacobs said.