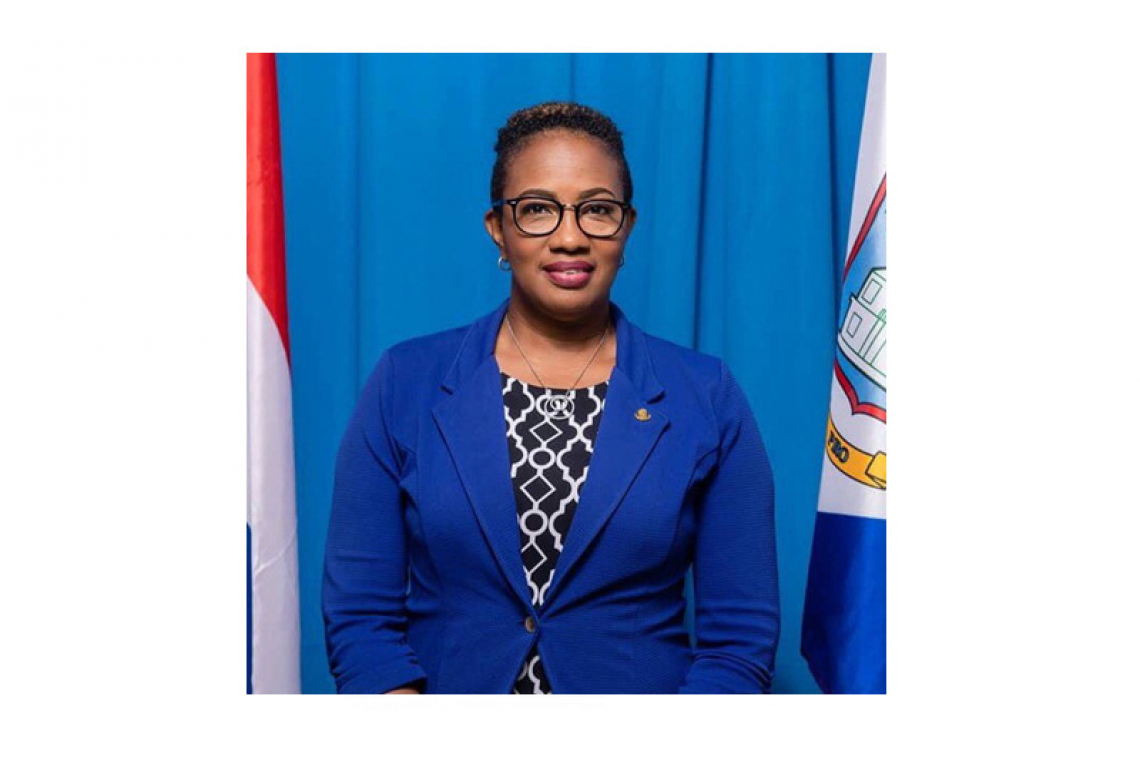 PHILIPSBURG–St. Maarten is making significant progress with the execution of the implementation agenda and the structure in place is working well, Prime Minister Silveria Jacobs told Members of Parliament (MPs) on Monday.

She was delivering the general opening remarks to MPs about the country package, the third implementation agenda, at the time.

Each Minister will be giving an update on the execution of the country package by means of the so-called implementation agendas as it relates to their respective ministries. Ministers of Public Health, Social Development and Labour VSA Omar Ottley and Education, Culture, Youth and Sport ECYS Rodolphe Samuel presented on Monday. The other ministers are scheduled to present on Wednesday and Thursday.

“In my meetings with the TWO [Temporary Work Organisation – Ed.] and the monitoring committee last week, it was highlighted that St. Maarten is making significant progress and the structure that is in place is good and working. There is always room for improvements, of course; for instance, in the lines of internal communications and the signal systems for measures that need more attention,” Jacobs said.

“These items have been discussed with the stakeholders. Additionally, we are seeking ways and means to also include the capacity building aspect that has been highlighted by everyone in this process.”

The TWO visited the country last week and together with the technical teams reached an agreement on the next implementation agenda, to start on January 1, 2022.

Jacobs said the procedure is that after an agreement is reached on the technical level, the draft is then presented to the relevant ministers for their input and feedback and after approval by the Council of Ministers it is sent to the Netherlands for approval in the Kingdom Council of Ministers. The overall country package for St. Maarten contains reform measures to ensure that the country’s resilience as well as its long-term financial and economic sustainability can be achieved, she said.

The measures are in line with St. Maarten’s National Development Vision and in the opinion of the Council of Ministers, the country package is to be seen as a vehicle to set administrative processes in order and should be seen as a collection of structural solutions in the form of restructuring of government.

“Of course, this is not new to us, as various local institutions such as the General Audit Chamber and other High Councils and advisory bodies have highlighted this fact and that it has always been our responsibility as a fledgling country to implement the right changes in an integral and transparent manner,” Jacobs said.

“Therefore, I consider that these measures/reforms will put government in an overall better position to take the necessary steps to be in a better financial position and then to institute the diversification that we want to see and in an ideal situation without the support of the Netherlands. It is through this lens that I have outlined for you that the country packages should be viewed.”

In the country package, the measures have been grouped per sector that have been identified as areas of good governance and areas that need strengthening in St. Maarten’s governmental apparatus such as government and finance; economic reforms; health and education and strengthening of the rule of law.

Jacobs is expected to return to Parliament on Thursday to provide MPs with an update on the execution of the measures that are the responsibility of the Ministry of General Affairs. “I can already mention that most of the measures for which the Ministry of General Affairs is responsible or has the lead for are related to theme B: cost and effectiveness of the public sector,” she explained.

“As such, we have collaboratively worked out measures that are related to the key areas of focus for the Ministry of General Affairs. The six areas of focus are Personnel and Organisation, Facility Services, ICT [information and communication technology], Legal and Judicial Affairs, Interior and Kingdom Affairs and Disaster Management, which has been my focus since entering into office and is reflected in the budgetary allocations for the Ministry of General Affairs.

“Furthermore, improving on corporate governance has also been added to the responsibilities of the ministry and the Secretariat of the Council of Ministers, who is responsible for the execution.”

The role of the Ministry, in addition to the implementation of the measures mentioned, is to support the entire organisation in the process via the secretariat of the Secretary-General (SG) platform, the Judicial and Legal Affairs Department and the ICT Department.

As part of the conditions for liquidity support from the Netherlands, on behalf of the Council of Ministers, Jacobs and caretaker State Secretary of Home Affairs and Kingdom Relations Raymond Knops in December 2020 signed a document by mutual agreement in accordance with article 38 paragraph two of the Kingdom Charter, to establish reform measures for the coming years, also known as the country package for St Maarten.