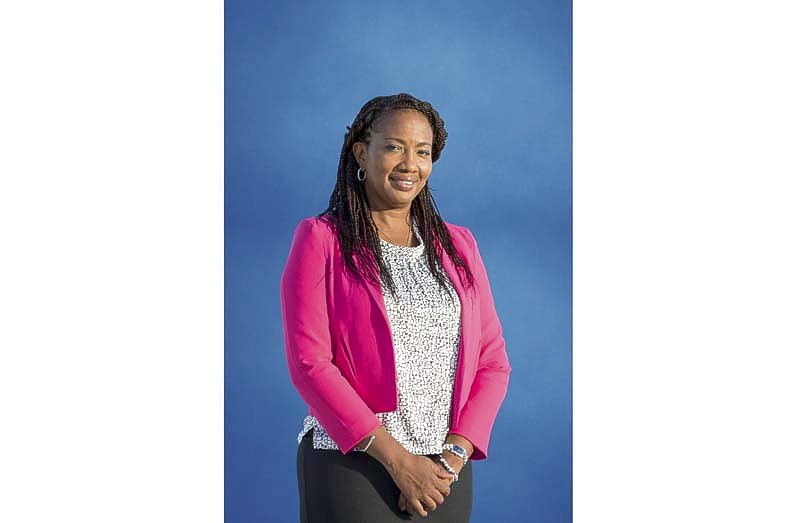 PHILIPSBURG–University of St. Martin’s (USM) request for a subsidy increase from government is not executable unless government embarks on one of several scenarios, Education Minister Silveria Jacobs said in a press release on Monday.

“The reality of the situation is that the pre-Irma 2017 Budget of the [Ministry of Education, Culture, Youth and Sports Affairs – Ed.] ECYS was already stressed and projected to end in deficit in 2017 based on subsidy obligations among others,” Jacobs said. “Post Irma, both the 2017 and 2018 budgets will have to be amended due to lower income being projected. Realistically speaking, government is being asked to stretch a budget which just like USM’s has taken a major hit in income.”
She said the request to increase by over NAf. 2 million in this critical time is therefore not executable, even with the best intentions, unless government decides to cut it from somewhere else, proposes it as part of the recovery fund and/or finds a creative way to finance the newly accredited programmes the University claims it now has. “All these possible scenarios, however, would require justification via proper documentation which is still pending, as the 2015 and 2016 financial reports have not yet been submitted. This has been discussed with USMF [University of St. Martin Foundation, Ed.] as well as sent via correspondence.”
She said USM’s subsidy request can only be processed if the institution submits all the necessary documentation according to government’s subsidy ordinance.
On October 2, Jacobs received a letter from the President of the USMF Board Valerie Giterson-Pantophlet. In the letter, USMF requested Jacob’s intervention and by extension the Government of St. Maarten, to increase the subsidy to approximately NAf. 3 million for the institution to be sustainable due to loss of donors as a result of the hurricane. She said this does not serve as an official request for subsidy increase based on the Subsidy Ordinance, which states that a subsidy request must be submitted by March 1, of the preceding year for which subsidy is being sought and should include the institution’s programmes and budget.
Despite the manner in which the ultimatum was handled by USMF, Jacobs and several stakeholders within the Ministry scheduled a meeting for clarity and to seek solutions to the urgent issue at hand in the interest of continuing education at this level as well, it was stated in a press release. During that meeting, held on Wednesday, October 11, USMF was able to bring clarity on their situation and government made it clear that while there is total understanding for the position the University finds itself in, it also finds itself in a precarious financial position due to loss of income for the foreseeable future.
“The government of St. Maarten is cognizant of the important role USM plays in the society of St. Maarten and is willing to work together with the USMF to seek a solution that will safeguard the future of the institution as well as not jeopardize the current students and staff,” the release said. “The University of St. Martin has had a history of well-documented difficulties in the areas of daily operations, organisation and financial structures and has, over the years, received assistance from the territory of the Netherlands Antilles, the Government of St. Maarten as well as the Ministry of Education, Culture and Science in the Netherlands to gain accreditation for programmes.”
Since 2014, USMF has been receiving a subsidy amount of NAf. 850,000 from government of, of which 10 per cent is withheld until financial reporting obligations are lived up to. USMF has submitted unaudited financial reports for 2013 and 2014 in February of 2017, citing cost of audited reports as the reason. “The Ministry ECYS is currently processing the advice, which still has to be decided in Council of Ministers, in order to be able to award USM the remaining 10 per cent of the subsidy owed for the years 2013 and 2014. Had the semester been able to start as scheduled, USMF would also have received the tuition payments of students who had been awarded Study Financing,” the release said.
The minister said USMF is currently receiving this subsidy under an agreement with the Government of St. Maarten made in December 2014 by Ministerial Decree in which the following points, among others, are highlighted: USM will allocate NAf. 425,000 of the subsidy for the personnel and operational costs associated with USM’s Teacher Education Programme (TEP) and NAf. 425,000 of the subsidy for other personnel and operational costs incurred during the delivery of the various undergraduate programmes; USM will ensure all degree programmes are in line with the needs of the wider community of St. Maarten and provide copies of the policies and a report detailing the quality of education at the institution during the academic year.
Other conditions are to report to the Minister of Education in accordance with the guidelines established in Article 16 of the Subsidy Ordinance and submit a subsidy request including USM’s programme and budget for the subsequent academic years by March 1, of the preceding year for which subsidy is being sought as established in the Subsidy Ordinance.
“Government would like to reassure all concerned that it is committed to dialogue with USMF in order to find a way to resolve this challenge in the interest of the students and staff of USM and the continuity of education at tertiary level and has made its intentions very clear to the USMF,” Jacobs said in the release.