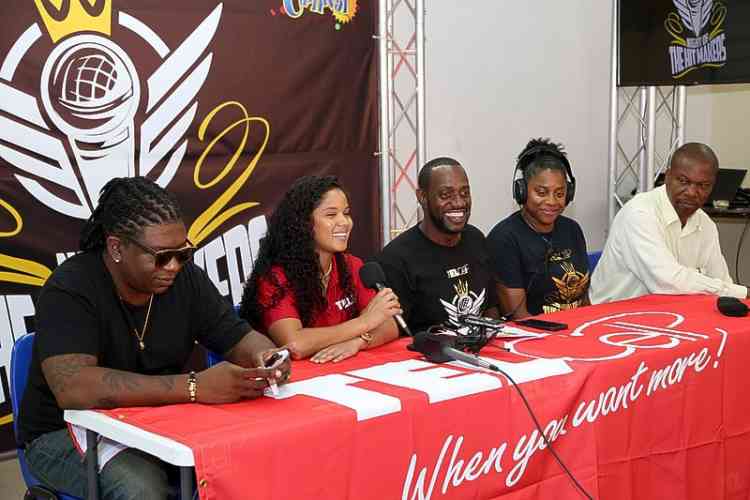 Fleming said the devastation of Hurricane Irma in September last year and the tightening of sponsorship belts have not curbed his enthusiasm to stage his premier Carnival show for the height of this year’s Carnival festivities.

“This will be one big event to take away all the stress that might still be left from Irma. This year’s show will be so great that by the time everyone comes out of the Village the name Irma will be gone forever,” he was quoted as saying in a press release issued by TelCell on Tuesday.

The collection of artistes who will be on stage this year has mixed up the genre of music that has been featured in the past, especially with the inclusion of Jah Cure.

“Once again we are listening to music lovers on the island and fans of Night of the Hit Makers. They told us they want to spend more time dancing with the bands and musicians they love instead of having a little bit of time with many, many artistes in the line-up,” the promoter said.

Jong-Loy said TelCell is extremely happy to once again be “the proud sponsor of the most anticipated show in St. Maarten’s annual Carnival event.”

“The excitement and energy that Mr. Rude, his wife and his team bring to the TelCell Night of the Hit Makers event is very contagious and all of us at TelCell are once again looking forward to a great show for St. Maarten and for Carnival,” she said.

The show promoters and sponsors said that despite the high cost of securing artistes for this year’s show they have managed to keep the price of tickets affordable and will have their usual special promotion sales of tickets in the days leading up to the staging of the show.

“We send out the same message each year and every year people miss on the special deals. So once again, get your tickets early once we put them out there or you will miss another great show of TelCell Night of the Hit Makers,” Fleming said.