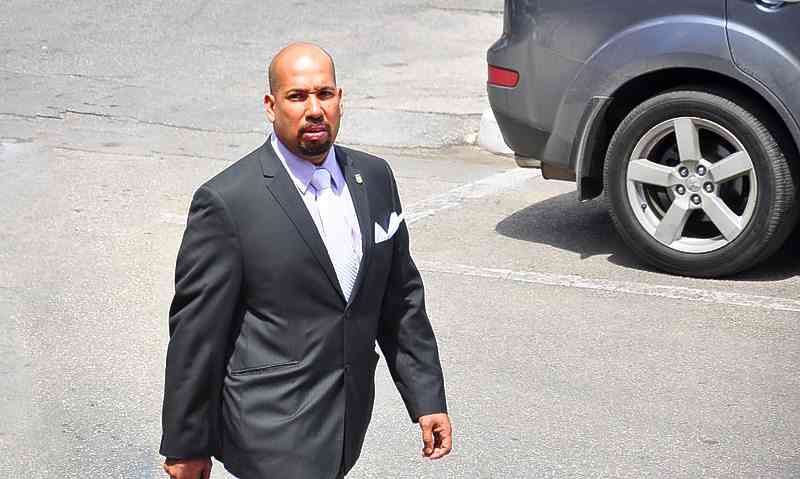 WILLEMSTAD–Former Minister of Finance in Curaçao George Jamaloodin has been found guilty of provoking the murder of politician Helmin Wiels on May 5, 2013, for which he has paid an unknown amount of money. For this crime, he was sentenced to 28 years. The Prosecutor had called for thirty years imprisonment.

Jamaloodin has always denied any involvement in the political murder, but the Judge in the Court of First Instance found differently, after months of studying the “Maximus” case.

Jamaloodin was acquitted of being a co-perpetrator of the murder. As expected, he was found guilty of misappropriating NAf. 450,000 in subsidy in the “Germanium” case, which he had admitted. He was acquitted in the “Passaat” case involving the forgery of documents in April 2011.

The Court found it proven that Jamaloodin had ordered Wiels’ murder, that he had promised money to the person who organized the murder and that he paid for the murder. Wiels had been deprived of the right to his life at the hands of Jamaloodin, the Court stated.

“With regard to the punishment, the Court considered that this political murder sends a signal that power and violence go beyond democracy and justice. That signal creates fear and distrust in society, limits citizens and politicians to the extent in which they feel free to give their opinion, and thus paves the way for a society in which only the law of the strongest applies. G.J. must be held responsible for this. This means that it is not enough to keep it at a punishment as is usually imposed in Curaçao for a single murder committed by someone with a blank criminal record,” the Court stated Friday in a press release.

During the court hearing, Jamaloodin confessed to the charges in the Germanium case in which he was accused of having forged NAf. 450,000 is his capacity as minister of Finance. He had used the subsidy, awarded to a foundation for the renovation of a sports field in the Steenrijk district, for his own purposes. He also asked other persons to draft forged invoices and reminders to the Government Accountant Bureau.

The Court stated that “financial integrity” is to be expected from a minister of Finance and said that Jamaloodin had “seriously” damaged the trust citizens should have in its politicians.

In the “Passaat” case Jamaloodin was charged with the alleged forgery of tax documents. The Court said it could not be legally and convincingly proven that the defendant had antedated these documents. He was, therefore, acquitted of this charge.