Home Headlines & Top Stories James’ credentials as substitute MP to be examined on Monday | THE... 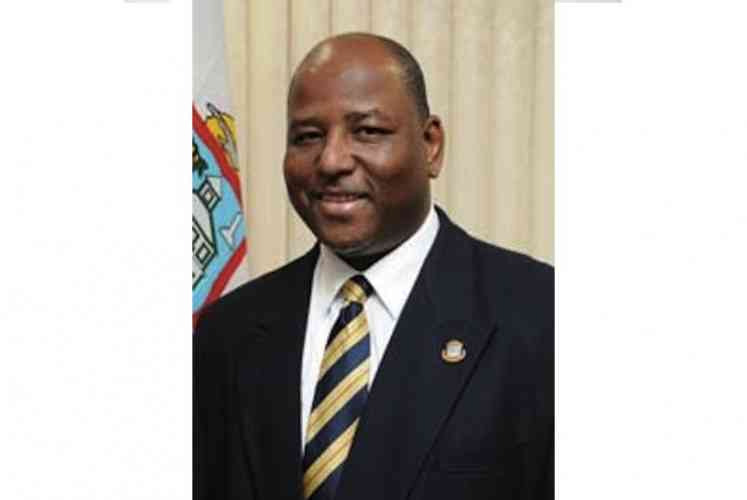 His unique position in St. Maarten’s developing history as a country within the Dutch Kingdom has resulted from Heyliger’s pre-trial detention and his automatic suspension from Parliament as per Article 50 of the Constitution.

Parliament was informed of Heyliger’s pretrial detention and the automatic constitution trigger by the Prosecutor’s Office two weeks ago. The legislature then sat in a public meeting to officially take note of the correspondence and to start the process to inform the Main Voting Bureau of the temporarily vacant seat.

Main Voting Bureau Chairman Jason Rogers told The Daily Herald all documentation pertaining to James’ appointment had been submitted to Parliament. Parliament Chairwoman Sarah Wescot-Williams confirmed receipt of those documents and the setting of the time for the meeting to vet James’ credentials.

Following the credential check and acceptance by Parliament, James will be required to take the oath of office before Governor Eugene Holiday.

James is in line to become the substitute MP as the next highest vote-getter on Heyliger’s United Democrats slate for the 2018 snap parliamentary election who is not serving in a non-compatible function as stated in the Constitution. His addition as a substitute MP will return Parliament to its full complement of 15 members. He will have all the rights and responsibilities of an MP. He is referred to as a substitute because he will be filling Heyliger’s seat while Heyliger is unable to perform his duties from a jail cell.

Heyliger is accused by the Prosecutor’s Office of corruption and money-laundering over a long period of time. He has been detained by justice authorities since February 19, first in a Philipsburg police station holding cell and later in Bonaire where he is still housed.

The seven-seven tie saw two motions of no confidence against two ministers not carried in mid-February. However, a law allowing notaries to conduct their practice in Saba and St. Eustatius was passed unanimously later in February without Heyliger and with support from both sides of the aisle.

The situation of a substitute MP taking up a temporarily-vacated seat is unique not only to St. Maarten, but to the Dutch Caribbean and the former constellation of the Netherlands Antilles.

In the days of the Netherlands Antilles, an MP could only lose his/her seat outside of an election if he or she was found guilty of public drunkenness and/or vagrancy. No MP lost his/her seat in this way in the 56-year history of the Antilles. Then-Netherlands Antilles MP Anthony Godett was convicted of corruption and fraud, but retained his seat even after this sentence.

Currently in Curaçao, the law governing the loss of a parliament seat only applies if the MP is sentenced to jail unconditionally for one year or more. With that law in place, former Curaçao MP Gerrit Schotte lost his seat only after he was sentenced in a criminal case.