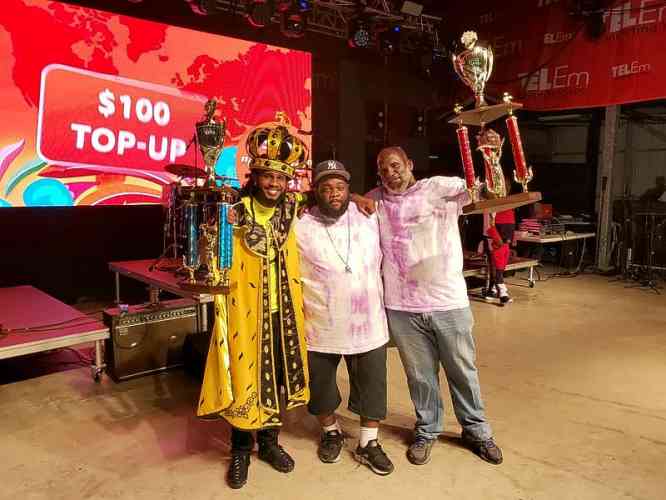 The Road March and Band Clash show was held at the Carnival Village with a large crowd supporting their favourite performers. Official Band won the Band Clash competition as it competed against five other bands.

King James was the crowd favourite from the onset as newcomers and not-so-new-comers sang their hearts out to take the crown away from James, who had also won the 2018 Road March competition. However, James taunted his competitors as he performed his hit song “Hammer,” singing “what he would do with his hammer” to those who wanted his crown.

Fireworks and stage antics placed James higher on the list of artistes for the night. Nineteen performers signed up for the competition, but five performers dropped out during the show on Monday night due to unforeseen circumstances.

This year’s Band Clash competition had the same amount of support and enthusiasm from revellers on Monday night as the previous year. Bands received specific songs from the judges and had to play the songs according to their own styles.

The audience gravitated towards Official Band from the beginning of the show. Host Ricky the Fox announced the winners shortly after midnight, declaring King James and Official Band as the winners of this year’s Road March and Band Clash competition respectively.