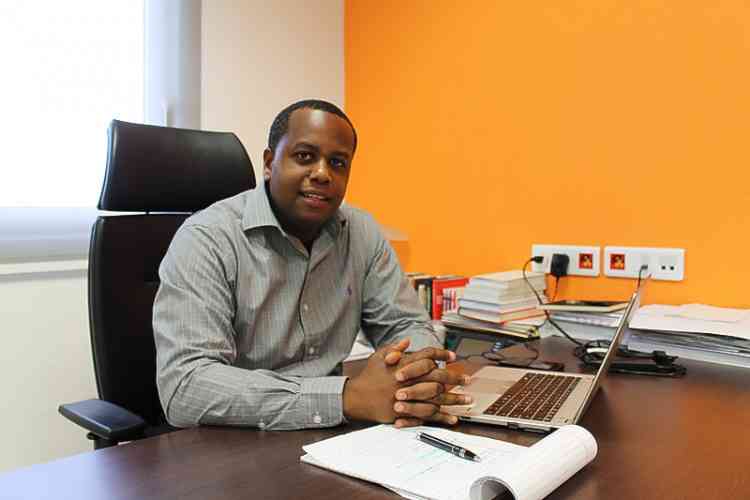 MARIGOT–President of the Chambre Consulaire Inter-Professionelle de St. Martin (CCISM) Jean Arnell has announced his resignation as President, citing, among several issues, the “financial unsustainability” of the Chamber.

In his resignation letter to Chamber members, he said: “As you know, since July 4, 2014, I have assumed the responsibilities of President of the Inter-Professional Consular Chamber of St. Martin. I am fully aware and grateful for the honour that was given to me, the trust that has been granted to me and the duties that are attached to this function.
“Since my election, I have always acted for the safeguarding of existing businesses, the support of businesses throughout their life cycle and for territorial economic development. However, there is an inconsistency between the economic challenges facing St. Martin companies, the Chamber’s missions and the budgetary means required to complete them – an annual budget of 1.5 million euros.
“In the strictest respect of our consular missions, which have never ceased to be the foundation of my relationship with the elected representatives of the Chamber, employers’ organisations, traders’ associations, territorial elected representatives, parliamentarians and the State, I felt that it was my duty to focus on the legal certainty and financial sustainability of the Chamber and the macroeconomic issues in view of the economic situation in St. Martin.
“In my opinion, I have carried out these actions in full transparency and truth for three and a half years. After several years of consultations with the State on the financial compensation of the missions we are conducting, and with the Collectivité of St. Martin in a partnership for business and territory support, I regret that no solution has been provided for the financial sustainability of the CCISM. In the present circumstances, I cannot ensure the continuity of the Chamber and to carry out the actions of our mandate plan.”
Arnell cited other reasons for stepping down, namely: The 5-million-euro amount of damage for non-compensation of consular missions over the period 2010-2017; no economic statistics bureau in St. Martin; St. Martin remains dependent on Guadeloupe; less than 300 companies (out of 7,234) were able to benefit from restarting aid post-Irma; no measures to offset losses related to a US dollar-Euro related economy; no measures to compensate for ineligibility to the competitiveness and employment tax benefit CICE; and the need to reduce cost of employment for hyper-competitive sectors (hotels, retail, public works, etc.).
“Secondly, the Collectivité of St. Martin, in 11 years of existence, still does not assume its regional competence in economic development, including a scheme of economic development with sectoral policies, alignment of a vocational training plan (for the unskilled and for the trades of today and tomorrow), and introduction of tax incentives which require a true partnership with the Collectivité and businesses.
“Our tax revenues have been divided by four, furthermore, no funding exists for the Agriculture Chamber. The Collectivité does not compensate for our loss of revenue (only 180,000 euros of tax revenue in 2017) and the Collectivité requires, since December 2016, the reimbursement of the salaries of the agents, at 280,000 euros per year; repairs, fittings and furnishings of the Chamber are estimated at 450,000 euros.
He concluded: “I am truly grateful to the elected representatives of the Chamber, especially Presidents Vialenc and Tackling, my Vice-President Angèle Dormoy for her support and commitment, Dorvan Cocks, Gary Page and Julien Gumbs for their contributions to the dossiers of agriculture and fisheries, Frederic Erb and Peter for their contributions on the attractiveness and security of Marigot, Bülent Gülay for his work in the nautical sector, active members, traders’ associations, employers’ organisations and house agents with whom I have collaborated, during these eight and a half years.
“I thank you again for your commitment to St. Martin businesses and the trust and respect that you have given to my presidency. I am attached to St. Martin and I will continue to invest and act to restore the confidence of St. Martiners.”