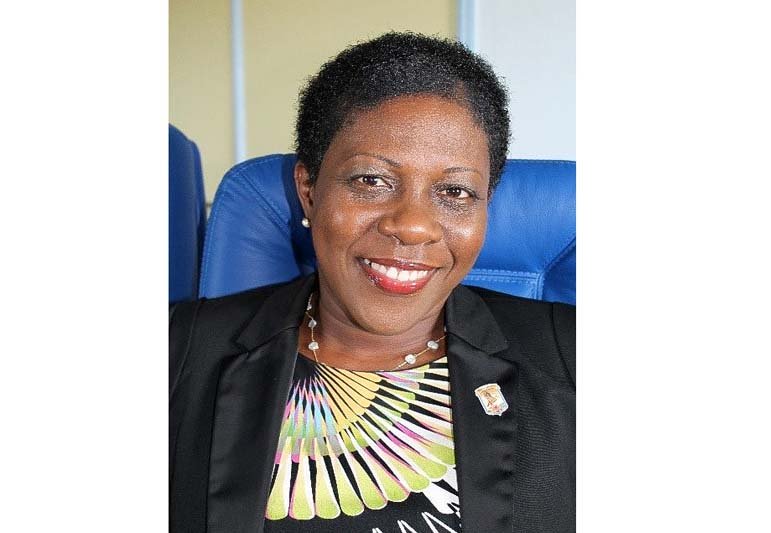 MARIGOT–St. Martin Tourism Office President Jeanne Rogers-Vanterpool says she is putting her full support behind Alain Juppé in the upcoming Primaries for Right and Center, saying he brings real values to France and pays particular attention to the Overseas Territories.

In just a few weeks the Republican Primary to nominate the candidate who will defend the values of the Right and Center in the French Presidential Election of 2017 will be held. The main contenders are Juppé who has become the darling of the Republicans, and former French President, Nicolas Sarkozy.

The polls suggest victory for Alain Juppé, the former Prime Minister and current Mayor of Bordeaux, in the election that will take place over two rounds (first round on Sunday, November 20, and if necessary a second round on November 27).

The question is: how will the activists of the Right vote in St. Martin? Rogers-Vanterpool, a possible candidate for the Territorial Elections in St. Martin on March 19 and March 26, 2017, gives her reasons for saying “yes” to Alain Juppé and “no” to Nicolas Sarkozy.

She cited Sarkozy as “responsible (but not found guilty) of an inadequate organic law, negative general compensation, and deterioration of relations with Caribbean neighbours including St. Maarten.

“On St. Martin, up until now, we have had a single vision of the Right, with a single policy line vis-a-vis our territory; embodied since 2007 by the former President of the Republic, Nicolas Sarkozy and his friends,” Rogers-Vanterpool explained. “This position has never allowed us to ‘benefit’ from our December 2003 choice which made St. Martin an Overseas Collectivité in accordance with Article 74 of the Constitution.

“Indeed, the errors of the Government, the thorny issue of compensation and financial allocations: (skills transfer = means transfers), agreements to optimise tax collection, broken promises and commitments not met by the Head of State Nicolas Sarkozy, have led to the catastrophic situation facing St. Martin today. And yet in 2007, Sarkozy was elected by a large number of St. Martin voters.”

Rogers-Vanterpool emphasized that Alain Juppé and former President Jacques Chirac have the same love, the same respect, the same passion for the Overseas Territories.

“By visiting the French Overseas Territories, including St. Martin on April 9, 2016, Alain Juppé demonstrated the value he has for our territories and the great respect he carries for our populations which represent almost three million inhabitants.

“In view of the policies pursued by the Socialists who have led our territories into such a state of devastation, it is high time for us, as competent men and women, plagued by questions of economic and social issues related to immigration and security, to take up the reins of Government.  I believe (and I’m not the only one who thinks so), that only Alain Juppé can accomplish this challenge and rebuild the country.

“In 2003, we made the choice to fully assume a new governance for St. Martin. Despite the many challenges that we are facing, we are hopeful that the French State, in the person of its President, will recognise the good sense of our institutional choice and, finally, grant us the means promised for several years now that are to the benefit of St. Martiners.

“Nicolas Sarkozy and his supporters have nothing to offer St. Martin,” she insisted. “I believe that among all the candidates in the upcoming Primary, only Alain Juppé is aware of the deterioration of the relationship between the Overseas Territories and the State. Alain Juppé, a true statesman, intends to act for the Overseas, and denounces the fact that too often big decisions are taken arbitrarily and against us only on the principle of budgetary expediency.

“Alain Juppé wants to restore the relationship of trust and respect between us and the State. Nicolas Sarkozy, as well as the elected politicians of St. Martin who support him, have nothing to offer us except talk… and more talk.

“The Primaries are organised to choose the candidate most able to embody and defend the values of France, as a whole, and win the presidential election in 2017. As a member of those who wish to change France and those who want a Right of reason and of St. Martin values, I call on you to say “Yes” to Alain Juppé and a definite “No” to Sarkozy.

“Whether you are a supporter of Right, Center or even the Left, do like I did; join the St. Martin Committee to support Alain Juppé. On November 19 and 26, 2016, everyone can vote in the Primaries of the Right and the Center.”