Home Headlines & Top Stories J&J sunscreens pulled off US shelves after carcinogen found in some... 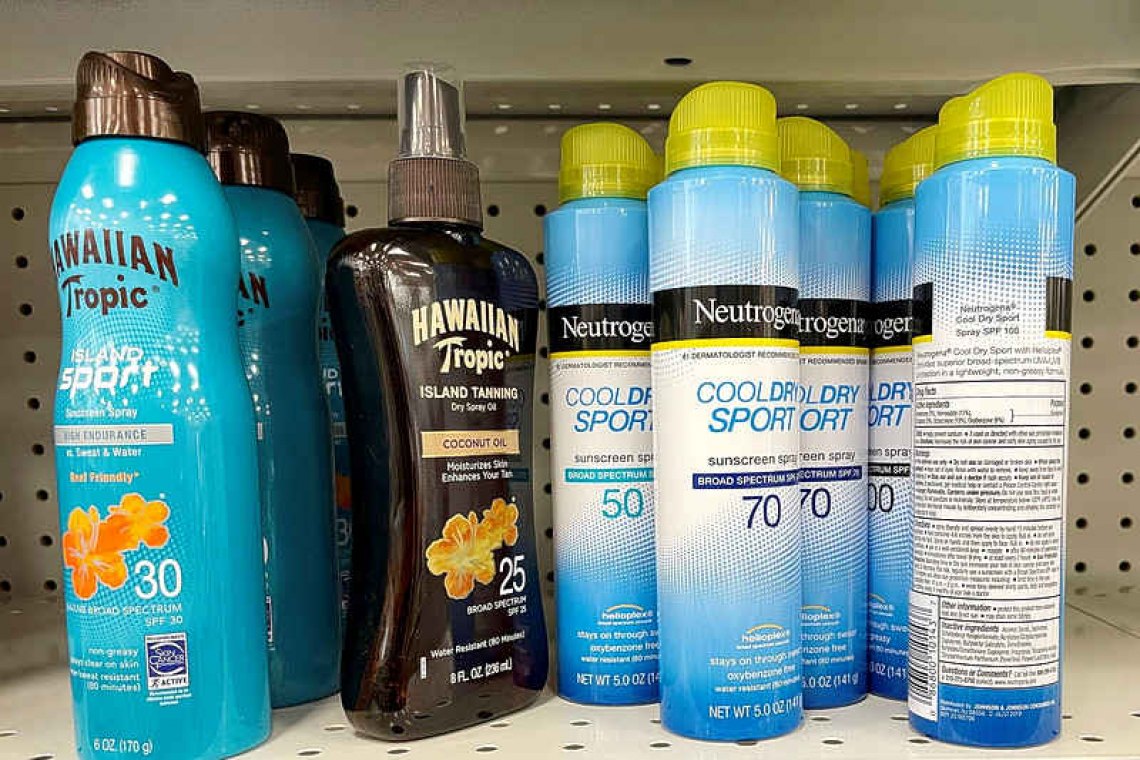 FILE PHOTO: Johnson & Johnson’s Neutrogena Cool Dry Sport sunscreen, which is part of a voluntary recall of five Neutrogena and Aveeno brand aerosol sunscreen products after a cancer-causing chemical was detected in some samples, sits on a shelf at a store in Gloucester, Massachusetts, U.S., July 15, 2021. REUTERS/Brian Snyder/File Photo

Pharmaceutical and consumer goods company J&J on Wednesday voluntarily recalled five Neutrogena and Aveeno brand aerosol sunscreens and advised consumers to stop using the products and discard them after internal testing found low levels of benzene in some sprays.

The recall comes two months after online pharmacy Valisure filed a petition with the U.S. Food and Drug Administration (FDA), saying it had found levels of benzene that were higher than recommended in over a dozen products that provide protection or relief against sunburns, including sprays and lotions.

Walmart said on Thursday it had started removing the affected products and customers who had bought the items could return them for a refund. CVS and Walgreens said they were complying with the recall.

CVS added that it had also halted sales of two of its sunburn healing products, which were in Valisure's petition. Other products found to have benzene above the recommended levels were from privately held Fruit of the Earth and Sunbum. The two companies did not immediately respond to Reuters requests for comment.

Benzene is classified as a substance that can potentially cause cancer depending on the level and extent of exposure. J&J, whose shares closed down 1.2% at $168.37, said benzene is not an ingredient in its sunscreen products and it was investigating the cause of the contamination.

"Daily exposure to benzene in these aerosol sunscreen products at the levels detected in our testing would not be expected to cause adverse health consequences," the company said.

The recall is another blow for J&J, one of the world's largest producers of consumer health products. The company is already facing a string of lawsuits related to its talc products, vaginal mesh implants and opioid painkillers.

A 2020 study by scientists at the FDA, which also regulates sunscreens as cosmetic products, found that some sunscreen ingredients are absorbed into the bloodstream and should be tested to see if they are safe. It proposed a rule that requires sunscreen makers to provide additional information on the active ingredients in their products.

"The FDA evaluates and assesses the information provided in these citizen petitions and, generally, initiates an independent testing and verification process," FDA spokesperson Jeremy Kahn said.

Kahn said the FDA works with manufacturers in case its testing raises any safety concerns.

Valisure has filed several petitions with the FDA about the presence of carcinogens in drugs, including diabetes treatment metformin, which was subsequently recalled by the agency.