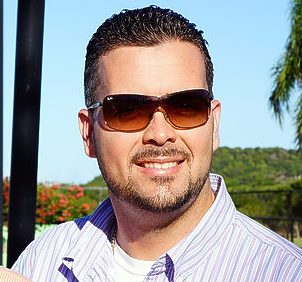 PHILIPSBURG–Secretary-General of the board of the United People’s (UP) party Stuart Johnson has apologised for plagiarising the words of US presidential hopeful Bernie Sanders in a message on poverty posted on his “public figure” Facebook page.

“I acknowledge and admit my gross oversight of not citing the source used to highlight what still remains today a very serious issue in our country and one I feel passionate about it being addressed. In my zeal to bring attention to this matter, I overstepped a line by making an unintended error of omission,” Johnson said in a press release issued to The Daily Herald on Tuesday.

“Mr. Sanders’ view on this issue is in line with my thoughts as it is a mirrored reflection of a reality in our country. Some of his solutions could, in theory, be successful on St. Maarten as well as in the United States of America. One of our current Ministers is known for saying not to reinvent the wheel just make it work for you.

“However, it is indeed the ethical thing to do to acknowledge the inventor of said wheel, while simultaneously looking at ways in which it can work for you. I have erred in this regard,” admitted the educator by training.

“While I am disappointed at how negative some bloggers have become in their reaction to my error, going so far as to launch personal attacks that have no bearing on the context of this mistake, I would like to reiterate focussing on the core of my original post, that being addressing the issue of poverty on St. Maarten.”

Johnson said he would continue to highlight issues that need to be addressed, noting that measures had been put in place “to remedy a possible occurrence of such an oversight in the future.”

Sanders delivered his prepared remarks in McDowell County, West Virginia, USA, on May 5. The entire speech was posted on Sanders’ website

Four days later, on May 9, Johnson posted a message about poverty. The first part of Johnson’s message appeared to have been taken directly from Sanders’ speech. Johnson replaced words such as America with St. Maarten and added words such as Front Street to localise the message. Johnson also used some of Sanders’ recommendations for McDowell County in his message as recommendations he suggests for St. Maarten.