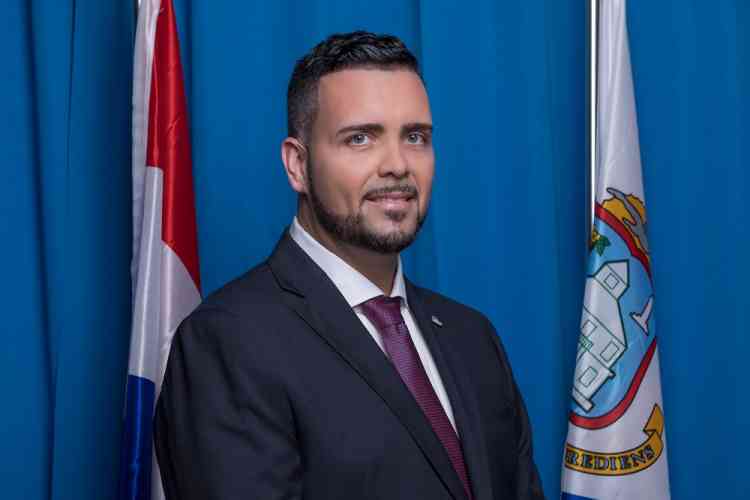 PHILIPSBURG–Minister of Tourism, Economic Affairs, Transport and Telecommunications (TEATT) Stuart Johnson said on Wednesday evening that a licence for a casino on Back Street to operate in the former Super Plaza Building was issued in January of this year.

The licence was issued under several conditions, including “a restriction from the licence holder creating access to the establishment from Cannegieter Street.”

Johnson made the statement in a press release issued late last night in which he disputed allegations that he had issued the licence as a caretaker minister, that it had been against the rule of law and that the casino would be located close to “sensitive” establishments such as the nearby Sundial School and the Irma-ravaged Philipsburg Jubilee Library building.

According to him, there already have been several casinos near “sensitive establishments” on Front Street and on Cannegieter Street for many years.

“The Ministry has reviewed this licence thoroughly and found it to be in keeping with a clear respect for sensitive areas and aligned with my consistent drive to increase job opportunities for the people of this country, which I will continue to work on until my last day in office,” Johnson said.

He said the licence considered the economic impact and 50 jobs it would create when it opens. He said the sensitive establishments had been considered, but “we stipulated with the licence-holder that while we do not discourage new business, we were keen not to have these businesses form an impediment to our ability to protect the social wellbeing of our citizens.”

Johnson said the allegations against him “stem from the belief that the new casino, if it commences operation, would be too close to Sundial School and Philipsburg Jubilee Library. However, this claim did not consider the fact that at least one other casino has operated for years in proximity to the supposed “sensitive establishments.” When the licence was issued, it was clear that the library would also not be returning to the present location, he said in a press statement.

“With the country headed into yet another election following nine years of nine new governments I expect some rhetoric, but I had hoped that there would be some improvements to the level of discourse and the rhetoric would be less.”

He said the issues with the property-owner for the establishment and the licence-holder being in legal disputes over the terms of their agreement are no cause for the intervention of the TEATT Ministry.

“I did not sign up to act as landlord and collect money from tenants, and if any Member of Parliament sees it fit to intervene in this regard, then I cannot stop them. However, my concern is the proper execution of a licence I issued and the adherence to the rules and laws associated with that licence. If there is a breach of these established terms, then the Ministry of TEATT will intervene as is stated when the licence was issued,” said Johnson.

He said that the claims of tax-evasion by the license holder or of alleged failure to pay a contractor are essential issues to be addressed. However, according to Johnson, these issues have their place in a court of law or can be settled by a mediator, “but as Minister, it is not our position to become involved in these matters.”

He said he hoped that the matter is settled amicably and the new business can be adequately established.