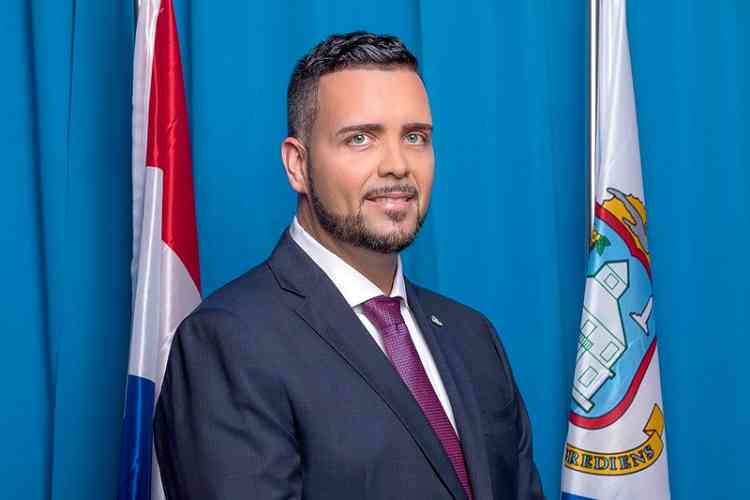 PHILIPSBURG–Former bodyguard/driver/policeman Fernando Thomas has yet to receive his payment for working for government after being dismissed from the cabinet of Minister of Tourism, Economic Affairs, Transport and Telecommunications (TEATT) Stuart Johnson.

Thomas was dismissed after he allegedly refused to engage in text messages that he considered sexual harassment. The Daily Herald understands that the Council of Ministers decided last year to pay out the cabinet worker and ordered the Finance Department to pay him, but to date no payments have been received, according to Thomas on Sunday.

Conversations between the two men started to flood social media pages and Thomas was dismissed several days later, allegedly after refusing to engage in sexual acts with Johnson.

This newspaper received reports that Johnson and Thomas had gone to a casino after a day of meetings during a recent trip. Monies intended for their day allowances while travelling were played and lost at the establishment. Hours after their outing, Thomas requested a personal loan from Johnson.

According to reports, Johnson refused and indicated he was willing to make a deal with Thomas to pay for his accommodation for the rest of the trip. WhatsApp messages shared on social media showed a string of messages in which Johnson appeared to make sexual advances, implying it was in exchange for money.

In the texts, Thomas wrote that he was not comfortable with the manner in which Johnson was speaking to him and would like to drop the conversation. Thomas then had to return to St. Maarten, unable to pay for the rest of his stay abroad. Feeling uncomfortable and embarrassed about the situation, he reportedly decided to seek assistance from a psychiatrist to help him with his traumatic experience.

This newspaper obtained a letter hand-delivered by a marshal to Thomas in which Johnson stated on October 9, 2018, that Thomas’ services were no longer needed in his cabinet. “Your character does not rhyme with the nature of the position, in which an undisputed level of respect, trust, and integrity,” stated Johnson in the letter to Thomas.

Thomas said he does not understand why the payments are taking this long. “I just want this chapter to be over and there can be no question that I worked in the cabinet,” he stated Sunday.

Johnson denied the allegations against him days after the story was published by this newspaper and said at the time, “I have taken note of such, primarily because my integrity and character are falsely being slandered. It is unfortunate that this type of gossip serves as a distraction from the work towards rebuilding of the economy of St. Maarten.”

During the first press briefing in April, this newspaper requested an update about the payment of the former staffer and Johnson stated that the payment was being worked on.