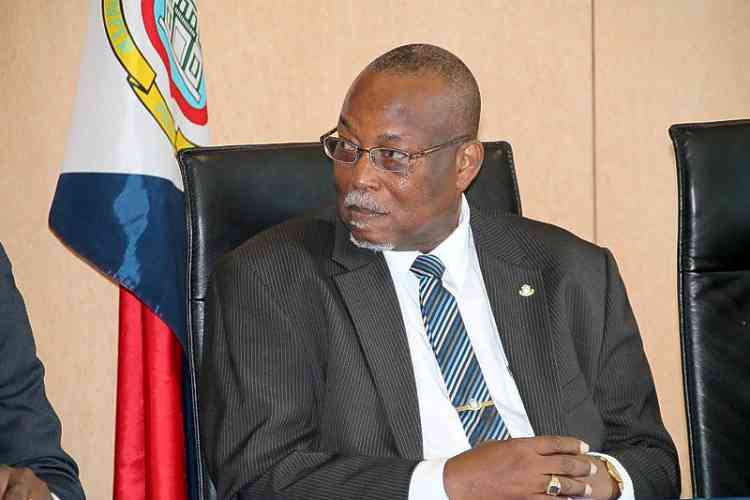 PHILIPSBURG–The Government’s joint regulation on border control with the Netherlands government became law when it was published in the National Gazette on January 5. The agreement was one of the conditions set by the Dutch Government for assisting the island with 550 million euros for its hurricane recovery.

The end date is January 1, 2020. A joint covenant is needed for any extension. The document states that the Minister of Justice of St. Maarten remains responsible for the policy and execution of border control in St. Maarten.

The joint regulation allows for “additional input” from the Royal Dutch Marechaussee KMar and Dutch Customs Department for the control of persons and goods crossing St. Maarten borders during the country’s reconstruction. Tasks will also include drugs and weapons control, combatting migration and illegal streams of money. This support is similar to what has been done in other post-disaster countries to keep out unwelcome persons and goods.

The KMar has personnel assisting on the ground who were assisting the country prior to Irma based on an existing cooperation agreement. The ones who will now come in will boost the existing ranks “for a specific period geared specifically towards a set of tasks.” The Police Force, the Immigration Department, and the local and Dutch Customs Departments will formulate a joint approach for border control.

The country is tied to ensuring it can take up the tasks executed by the Dutch Customs and KMar at the end of the agreement term. This stipulation was initially not clear and was a point of concern for Government, caretaker Justice Minister and interim Prime Minister Rafael Boasman said. A stipulation is now included for the country to receive additional assistance, paid for via the recovery funds, to build up its ability to take over the task if necessary.

The agreement also says that St. Maarten should make sure KMar and the Customs Department have the necessary authority to perform their duties; e.g., being sworn in locally. The laws of St. Maarten will govern the agreement.

Also built into the agreement is that a meeting of the St. Maarten and Dutch Ministers under whose authorities the agreement lies will be held twice a year to discuss the progress of the agreement. The agreement cannot be changed without the approval of authorities on both sides of the Atlantic Ocean.