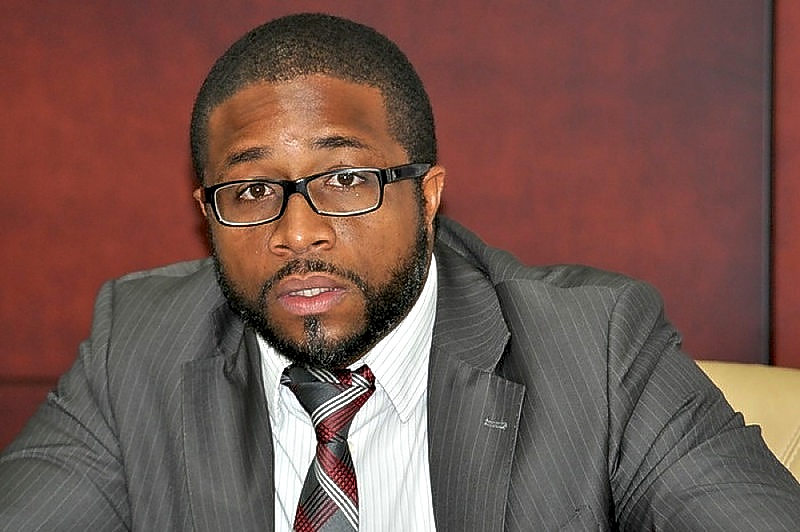 PHILIPSBURG–Former Member of Parliament (MP) Romain Laville (38), on Thursday, appealed his sentence for the illegal possession of a firearm with ammunition as meted out by the Court of First Instance. On August 24, 2016, Laville was sentenced to a suspended prison sentence of one month, on two years’ probation. He was acquitted of two counts of threats.

Laville was charged in the so-called “Zeepaard” and “Sardine” investigations with two counts of threats against former MP Jules James on June 11, 2012, and against musician Isidore “Mighty Dow” York on November 28, 2012.

He also was charged with the illegal possession of a Beretta firearm with 137 pieces of ammunition, between January 1, 2013 and March 26, 2015.

For all these crimes, the Prosecutor demanded 12 months, six of which were to be suspended on two years’ probation, with 80 hours of community service, in August 2016. Laville denied he had threatened to kill or shoot anybody.

As the Prosecutor’s Office did not appeal Laville’s acquittal of threats, the Appeals Court on Thursday only handled the illegal firearm charges.

Laville, who confirmed he had had a firearm since August 2012, said he should have been acquitted. However, the licence expired December 31, 2012. Laville said he had applied for a new permit with the Minister of Justice, but had not been successful in obtaining one to date.

According to the Prosecutor’s Office, Laville was not entitled to a new licence as he had been the subject of a criminal investigation concerning threats. The Solicitor-General called for five months suspended, on two years’ probation, with 120 hours of community service, and confiscation of the firearm and ammunition.

Laville claimed there was no official gun policy. “I did exactly what I was supposed to do,” he said. He said he had kept his gun in his safe, but sometimes took it with him because he was threatened after the independent politician pulled his support for the coalition led by National Alliance (NA) in May 2013.

Laville told the Court that the Head of the Security Service of St. Maarten VDSM had called him to verify if he had received death threats. “I got phone calls, but I was not too worried. He asked me if I needed police protection as many people blamed me for the fall of Government. VDSM deemed some kind of protection warranted, but this is St. Maarten, just a lot of talk,” Laville explained.

When then Minister of Justice Roland Duncan also asked Laville if he received death threats, he started wondering what was going on, he told the Court. “Then Police Chief Commissioner Peter de Witte assigned a police officer and an unmarked police car to me 24/7, and the administrative process started for me to obtain a firearm.”

Laville said he became even more “paranoid” after politician Helmin Wiels was shot in Curaçao. However, he said he never fired the gun. “There were no shooting classes. I never discharged the weapon, but I did mention to people that I was walking around with a firearm,” he said.

“I got information that I was to stay off my Harley [motorcycle – Ed.] because someone allegedly would knock me off and make it look like an accident.”

Laville, who contested the September 26, 2016, election on the United St. Maarten Party’s (US Party’s) slate, was held in custody for one day. The holder of a degree in maritime affairs said his arrest and the criminal case against him had been “very uncomfortable” and a “scary and worrisome” situation for his mother and for his fiancée, who was pregnant at the time.

The Solicitor-General considered the illegal firearm possession charge proven, stating that Laville had been entitled to carry a gun only in 2012. The Prosecutor’s Office had summoned Laville to hand over his gun in 2014, but he did not comply. He only took the gun out of his safe when he was arrested March 26, 2015.

The prosecution said Laville should have known that he was no longer entitled to carry a gun. Being a politician, Laville should never be involved with illegal firearms, the Solicitor-General said.

According to attorney-at-law Shaira Bommel, the Prosecutor’s case against her client should be declared inadmissible. She claimed her client had followed procedures and had been in possession of a valid permit for a weapon.

According to Laville, he is the victim of a witch hunt by the Prosecutor’s Office. “I know it is open season for politicians. I know that politicians are corrupt,” he said emotionally.

The unemployed politician informed the Court that he is out of a job, living off his savings. “I can never work at the harbour or in government again,” he said.