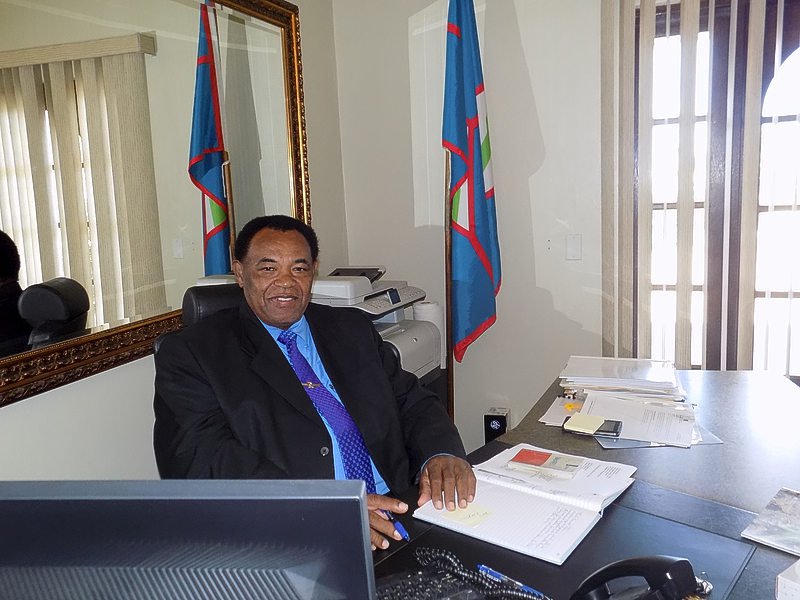 ST. EUSTATIUS–Acting Island Governor of St. Eustatius Julian Woodley will remain at his post after April 1. He will be supported by civil servants from the Netherlands. A procedure to appoint a new Island Governor for Statia will be started, Minister of Home Affairs and Kingdom Relations Ronald Plasterk stated in a letter to the Dutch Parliament’s Second Chamber.

In Tuesday’s letter, Minister Plasterk informed the Chamber about last week’s visit of Secretary General Richard van Zwol to Statia and about the outcome of the talks.

Plasterk said the talks had been “constructive” and that these were held “in a good atmosphere.” During his visit, the Secretary General and his delegation met with the Executive and Island Councils to discuss the procedure to appoint an (Acting) Governor, and the civil servants’ support for the Governor, and the Public Entity’s finances.

Concerning the position of Acting Island Governor Woodley it was decided that he will remain at his post, even though his term is to expire as per April 1. It was also agreed that he will be getting extra support from civil servants from the Netherlands. It was also decided to start the procedure for the appointment of a new Island Governor. “It was agreed to carefully facilitate the process and to take time for it,” the Minister wrote in his letter.

Plasterk said there are differences of opinion about the way in which the Public Entity operates. Therefore, parties agreed to call for an investigation by two “wise men” into the functioning of the Public Entity. The committee of wise men has to file a report within three months. They are also to make recommendations to increase quality of governance.

Upon a previous request by Statia, the committee will also preside over a roundtable “aimed at formulating concrete, practical and workable solutions for the current problems,” Plasterk stated.

Finally, the Minister said “technical consultations” will be opened concerning Statia’s wish to obtain an autonomous status in free association with the Netherlands. The consultations are to provide clarity about what this wish exactly entails.