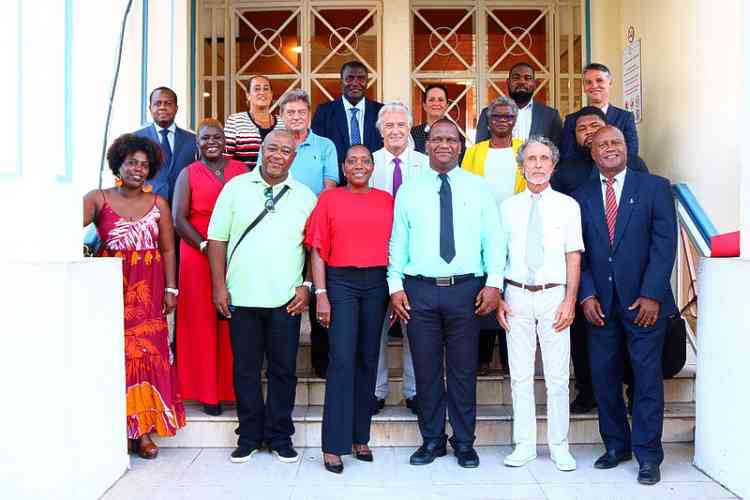 The new Advisory Council board with President Julien Gumbs (centre).

MARIGOT–Julien Gumbs has been elected President of the Conseil Économique, Social et Culturel (CESC). He was elected with a unanimous vote and succeeds outgoing President Georges Gumbs.

The second most important institution after the Territorial Council, the 23-member Council’s role is to give advice and opinion on the Collectivité’s projects concerning the economy, culture, education and more. Its members come from a diverse range of professional occupations in St. Martin.

Julien Gumbs was formerly President of the watchdog association Mouvement Citoyen de St. Martin MOCSAM which announced in October 2016 that it had transformed from a watchdog citizen’s movement into a political party. It subsequently formed a list with Gumbs at its head to contest the March 2017 Territorial Elections.

MOCSAM was originally formed in October 2008 as an association to defend the interests of St. Martiners and came to prominence when it raised red flags on some of the illegal or bad decisions made by politicians, notably over the road tax introduction, even taking that matter to the administrative courts.