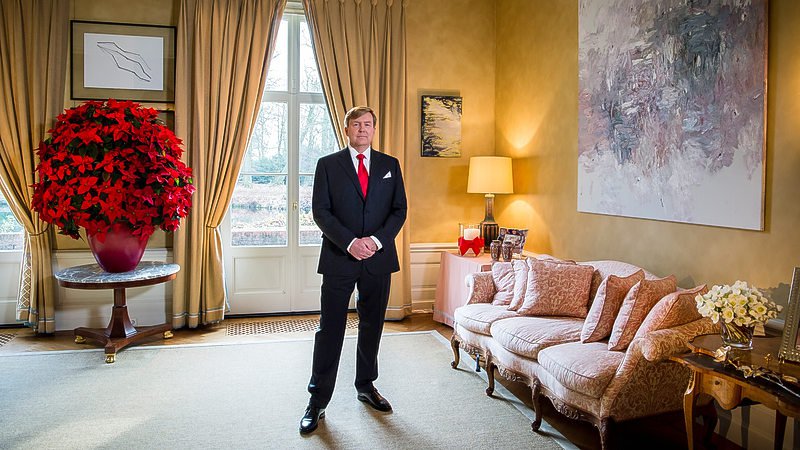 THE HAGUE–King Willem-Alexander has called on the Dutch nation to return to reason in his annual Christmas speech. “Christmas 2016 evokes conflicting emotions,” the King said.

In the uncertain times in which we live “the extreme would appear to be the new normal,” the King said, adding that many people “feel that they are living in a country where no-one listens.”

King Willem-Alexander referred to the suffering of people in Syria and other countries and the impact of terrorist attacks closer to home.

People have doubts about the future and are idealising the past, he said. But the past was not always as rosy as people think, he said.

“Let us not shy away from naming the problems, but if there is one country which knows togetherness and solidarity, it is the Netherlands,’ he said.

Five hundred years ago Erasmus was an example of that free, independent spirit who was not afraid to ask pointed questions, the King said. But Erasmus was always looking for a reasonable argument and a peaceful exchange of ideas.

“How can we make our society a place where everyone feels safe and at home?” Willem-Alexander said. “Can we still solve problems together?”

The King ended his speech in stating that people are right to yearn for security. Fear and anger are understandable emotions but “anger cannot be the end point,” he said. “We should not become bogged down in our own self-importance but together protect positive forces,” he said.