Home Local News King initiates investigation of Royal House and colonial past | THE... 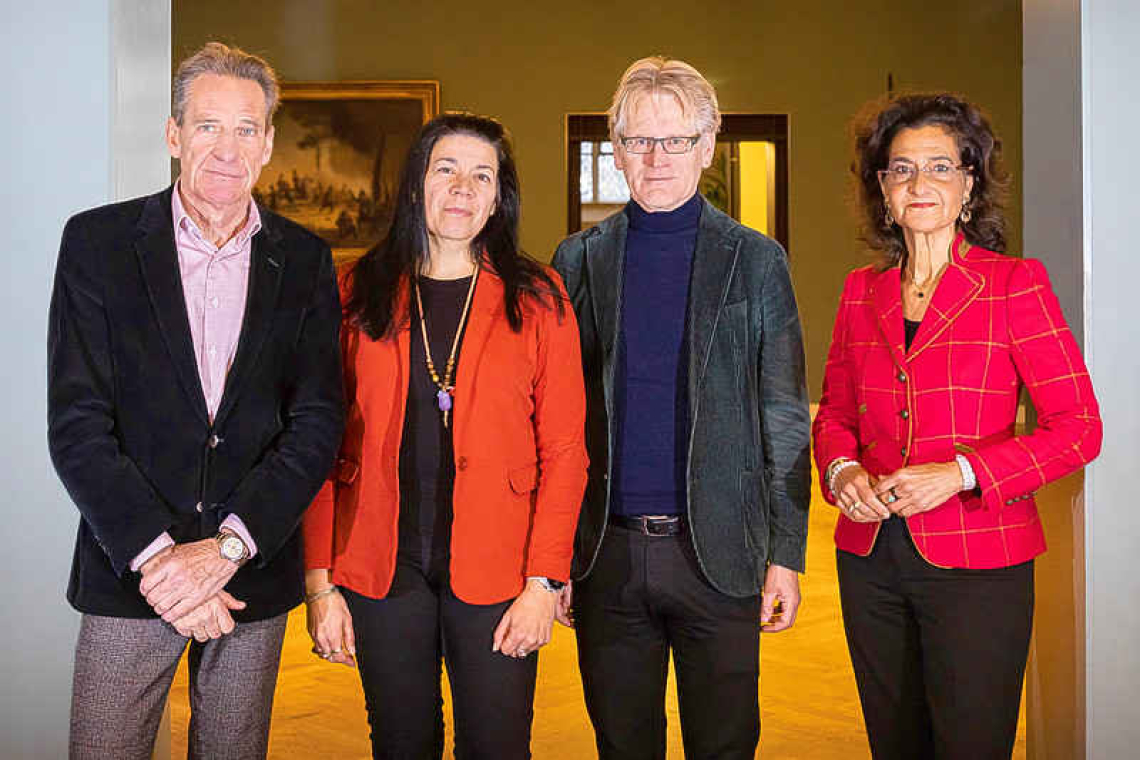 The committee members of the independent investigation of the role of the Royal House in the Dutch colonial past. From left: Gert Oostindie (chairman and main investigator), Esther Captain, Henk te Velde and Kathleen Ferrier. (RVD/Patrick van Katwijk photo)

THE HAGUE–King Willem-Alexander has initiated an independent investigation of the role of the Royal House in the colonial history. The investigation will take three years and will cover the period of the late 16th century to the post-colonial era.

“In-depth knowledge of the past is essential to comprehend historical facts and developments, and to get a sharp and honest view of the impacts of such on people and communities,” the King stated in a press release issued by the Dutch Government Information Service RVD on Tuesday.

“I find it important that this knowledge also becomes available with regard to the role of the Royal House in the colonial history. This needs to take place based on a thorough, critical and independent investigation, for which I have given the order,” said the King.

The other committee members aside from Prof. Dr. Oostindie are senior researcher and staff member at the Royal Netherlands Institute of Southeast Asian and Caribbean Studies KITLV, Dr. Esther Captain, Drs. Kathleen Ferrier, an expert in the area of international relations, human rights, diversity and inclusion, and professor Dutch history at the Historic Institute at Leiden University Prof. Dr. Henk te Velde. All committee members have ample academic merits and expertise and in the area of history, colonialism and the slavery past.

The findings of the investigation will be published after it has been concluded in 2026. The King and his wife Queen Máxima have had several meetings with representatives of community organisations and scientists about the colonial and the slavery past. The Golden Carriage of the Royal House was one of the topics that was discussed. Illustrations on the Golden Carriage refer to the slavery past.

In November, the Royal House announced an independent investigation into the origin of colonial objects from the Royal collection. The results of this investigation are expected in about 1.5 years.