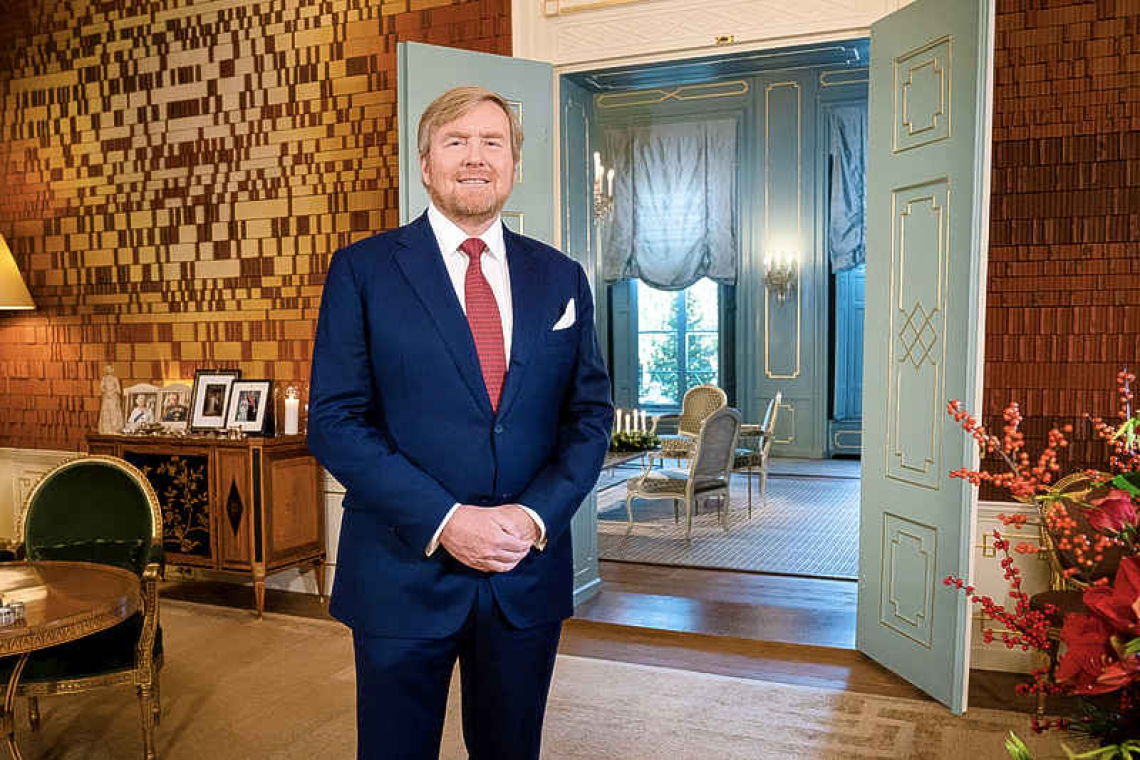 THE HAGUE–Dutch King Willem-Alexander spoke of “shadows” hanging over the Netherlands due to financial worries, climate change and the war in Ukraine in his annual Christmas message to the nation. The King also spoke in detail about the apologies given by the government last week for the Netherlands’ role in slavery.

The statement given by Dutch Prime Minister Mark Rutte at the National Archives in The Hague last week Monday was the start of a long journey in which the pain of the past has been recognised, King Willem-Alexander said.

“Over the past year, my wife [Queen Máxima – Ed.] and I have spoken to people of all ages about this topic, including descendants of people who lived in slavery several generations ago,” the King said. “We will remain involved in this coming commemorative year,” he added.

The year 2023 will mark 150 years since slavery was finally abolished in the Dutch colonies. No-one today carries the blame for the inhumanity of the day, the King said, but by recognising the wrong that had been done, “we are laying the fundament for building a future together, a future in which we stand against all contemporary forms of discrimination, exploitation and injustice.”

“No one now can be blamed for the inhumane acts that were perpetrated on the lives of men, women and children. But by honestly facing our shared past and acknowledging the crime against humanity that was slavery, we are laying the foundations for a shared future,” he said.

King Willem-Alexander also emphasised the importance of continuing to listen to people who think differently. “Democracy does not mean that those who shout loudest get their way,” he said. “Democracy means working together with respect for everyone’s fundamental rights and on solutions that the majority can identify with.”

Taking everyone’s interests into account is crucial, the King said. “Let us make sure we do not lose each other,” he said. “Give each other the benefit of the doubt… My call to each and every one of you is to get involved, listen in, think along, join in.”

The speech of just over six minutes, was more specific than in past years, but continued to include his consistent message of being more accepting and understanding of people’s differences. “Let’s try – wherever we live – to escape prejudice,” the King said.

He also put special emphasis on how many people in the Netherlands are faced with new worries this Christmas, brought on by a variety of issues the country’s residents were not faced with just one year ago. Willem-Alexander said he knows it is a “confrontational time,” where residents are afraid, they cannot pay the bills, or afford what they have grown accustomed to in previous years, due to the rising cost of living. He also acknowledged the difficulties many people face with housing, including students and entrepreneurs trying desperately to keep their businesses running.

He implored on people not to let the stress and anger boil over in such a way where people lash out at others when blowing off steam. “We must not get bogged down in scapegoating and cynical criticism or indifference,” he said. “Democracy does not mean that those who shout the loudest get their way. Democracy means working together with respect for everyone’s fundamental rights on solutions that the majority can identify with.”

In light of this, he asked that people continue to join in and participate in society, and to be more accepting of different perspectives and opinions. “Sometimes it can help to look outward and draw on the example of others, like the Ukrainian people who have been standing up against the brutal violence by Russia for 10 months now, with incredible courage and unity. The promise of Christmas – the hope of peace – lives in all Ukrainian hearts, and in ours.”

The King also spoke in praise of the younger generations of the Netherlands with a reference to neurologist and author Oliver Sacks, who noted that “the future is in good hands,” in his book Gratitude.

“I meet them everywhere, young people with ideals and imagination,” the King said. “They feel jointly responsible and are prepared to take the future on their shoulders.”

Earlier in his speech, King Willem Alexander also addressed climate change and the need to “make drastic decisions” where the Netherlands is bumping up against limitations on space and conflicting interests. “We feel it in our bones that we can no longer postpone difficult decisions. Patches and emergency bandages no longer help. It has to be different.”

The speech was King Willem-Alexander’s 10th Christmas address as King of the Netherlands, a role he took on after his mother, former Queen Beatrix, stepped down in April 2013. The speech was recorded in the DNA Salon, a room in his residence, Huis ten Bosch Palace in The Hague.

Formerly known as the Green Salon, the DNA Salon was renovated between 2016 and 2019 to include tens of thousands of bricks. These were placed in such a manner to represent the DNA fragments of members of the royal family who live in the royal palace.