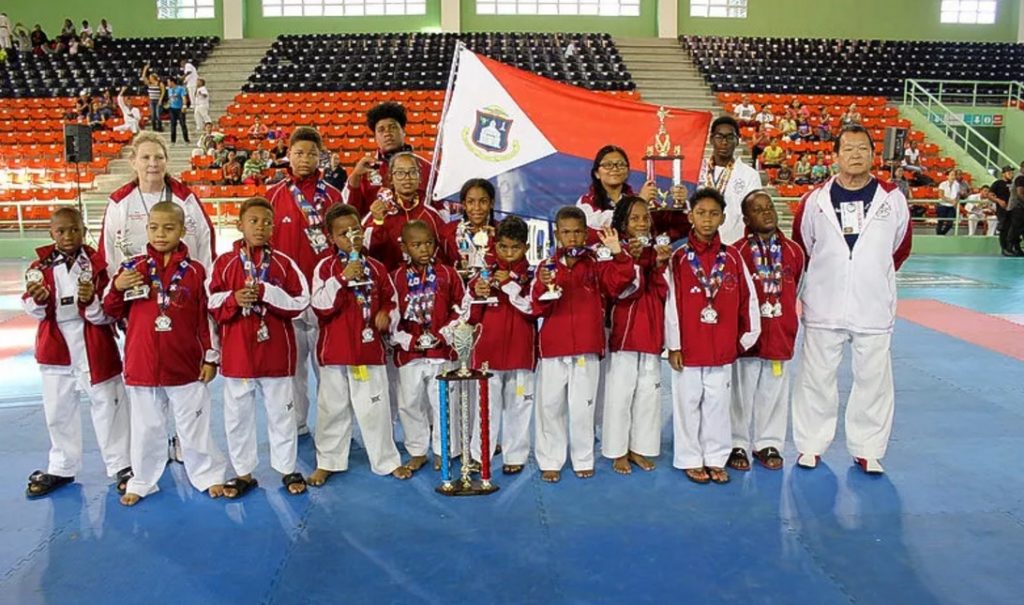 The athletes, all from the King Yen Tae kwon do school in Middle Region, under the direction of Grand master Theo Liu also captured five first place youth trophies and the group was named Best International Team.

Winning a gold medal in sparring were Mahelia Artiles Gadishaw and Kendall Mathew. Both also won a bronze medal in forms.

As usual Grand master Liu was proud of his team saying, “We have been named Best International Team at yet another competition.” He also praised the fine job of team therapist and international team coordinator Paulien Vuijst.