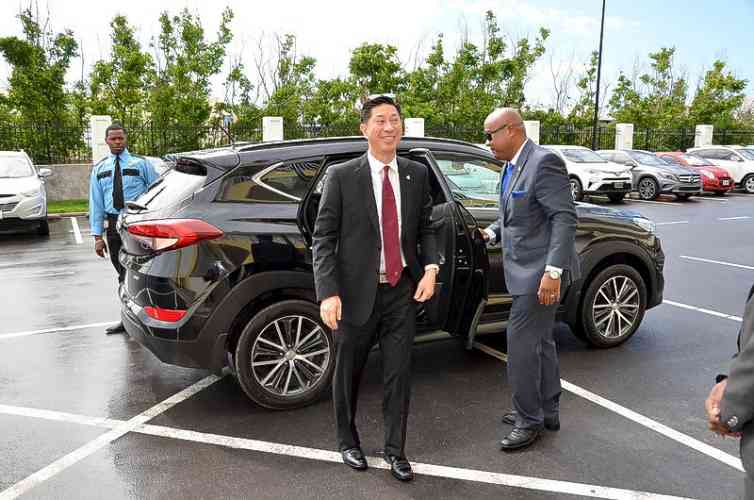 THE HAGUE/WILLEMSTAD–The Netherlands, Aruba, Curaçao and St. Maarten made a pact during a meeting in Willemstad on Friday to strengthen health care in the Kingdom with the aim to be better prepared for future crisis situations such as Hurricane Irma.

“Medical assistance has to be optimal when the Caribbean part of the Kingdom is hit by a crisis or disaster like Hurricane Irma,” it was stated in a press release of the Dutch Government after Friday’s meeting which was attended by the public health ministers and state secretary of the four countries.

The idea is to join forces so victims receive quick and optimal care and good quality medical care, to make sure that the care for current patients and vulnerable groups is not jeopardised, that medication is in supply and medical relief personnel is well-prepared.

The four countries in the Kingdom will intensify their cooperation to achieve these goals. Chaired by the St. Maarten government, the Dutch Ministry of Public Health, Wellbeing and Sport VWS and the countries will make an assessment where additional efforts are required. This assessment has to be completed before the end of 2018.

Present at Friday’s four-countries conference in Curaçao were: State Secretary Paul Blokhuis of the Netherlands, Minister Danguillaume Oduber of Aruba, Susanne Camelia-Römer of Curaçao and Emil Lee of St. Maarten.

A further improvement of the quality of health care was the general topic of the meeting. One example of achieving this is through the accreditation of hospital care. The latter requires local legislation to correspond with the International Health Regulation of the World Health Organisation (WHO).

Other agreements that were made between the government representatives of the four countries dealt with prevention programmes, cooperation between hospitals, pharmaceutical products, education/training of health care professionals and exchange of information.

Special cooperation will be sought between the four countries in the area of healthy life style, sports and physical exercise. The countries will develop information campaigns to reduce smoking, obesity and excessive use of alcohol.

There will be attention for the specific circumstances of the individual countries. For example, in the Caribbean part of the Kingdom fewer people smoke than in the Netherlands, while women in the Caribbean region smoke less often and consume a smaller amount of alcohol than men, but the female part of the population suffers more from obesity and are engaged in less physical exercise.

Better care for children and youngsters in the Caribbean part of the Kingdom was another topic on which the countries reached an understanding. The countries want to improve this kid of care with attention for the combating of child abuse and the prevention of teenage pregnancies, and the support for these young mothers.

An operation k0z was performed to send the receipt – see...