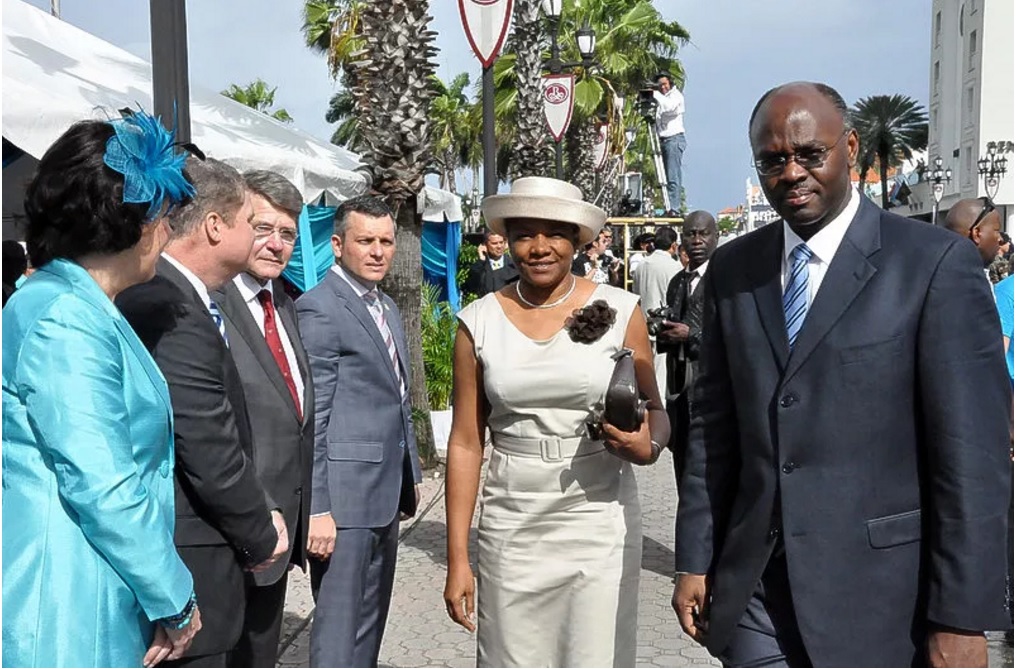 THE HAGUE–St. Maarten Governor Eugene Holiday will be reappointed for a period of six years. The Kingdom Council of Ministers approved the nomination for his reappointment on Friday. Alfonso Boekhoudt will become Aruba’s new Governor.

The Kingdom Council of Ministers approved the proposal of Minister of Home Affairs and Kingdom Relations Ronald Plasterk to nominate Holiday for re-appointment and to appoint Boekhoudt (51) as the Governor of Aruba for a period of six years. The current term of the 53-year-old Holiday ends on October 10, 2016.

Minister Plasterk was delighted with Holiday’s re-appointment. “I have experienced him to be as steady as a rock. He stands his ground. He has a lot of knowledge of constitutional affairs, the Kingdom, the process of Government and of rules and regulations,” he told The Daily Herald.

According to Plasterk, Holiday has a “great sense of responsibility.” “He is someone who knows very well what the role of Governor entails and he puts a lot of effort in carrying out that role.”

With the new constitutional relations in effect since 2010, the ties between the Dutch Caribbean countries and The Hague have gotten much more direct, something to which everyone had to get accustomed. “In that sense, contact is very important. The Governor plays a decisive role in this. He has done so in an excellent manner,” said the Minister.

Plasterk said “a lot had been asked” of Holiday in the past six years, referring to the several instructions that the Kingdom Council of Ministers issued pertaining to the screening process and integrity in Government. “Holiday remained solid throughout.” He said that Holiday was never afraid to point out to the political establishment that he had a different opinion.

Holiday studied economics at the Catholic University in Tilburg. His previous work places include the Central Bank of the Netherlands Antilles, Windward Island Airways International (Winair), and the Princess Juliana International Airport Operating Company. Holiday played a major role in the negotiations to arrive at new constitutional relations in the Kingdom in the period 2000-2010.

Alfonso Boekhoudt is currently Minister Plenipotentiary of Aruba in The Hague. He will succeed current Governor Fredis Refunjol who has reached the pensionable age. Boekhoudt’s appointment, which still has to be proclaimed by Royal Decree, will go into effect on January 1, 2017.

As for Boekhoudt, Minister Plasterk said that he was “very happy” with his appointment. “He has the total backing of the Aruba Government. He has done his job well as Minister Plenipotentiary, also during the tough times. He is highly suitable to fulfill his role in Aruba, and as representative of the King and the Kingdom Government.”

Asked about the importance of integrity, Plasterk said: “The Governor has to be a beacon, an example of integrity.” He said that this applied to both Holiday and Boekhoudt, but also to the Curaçao Governor Lucille George-Wout. “We have excellent Governors.