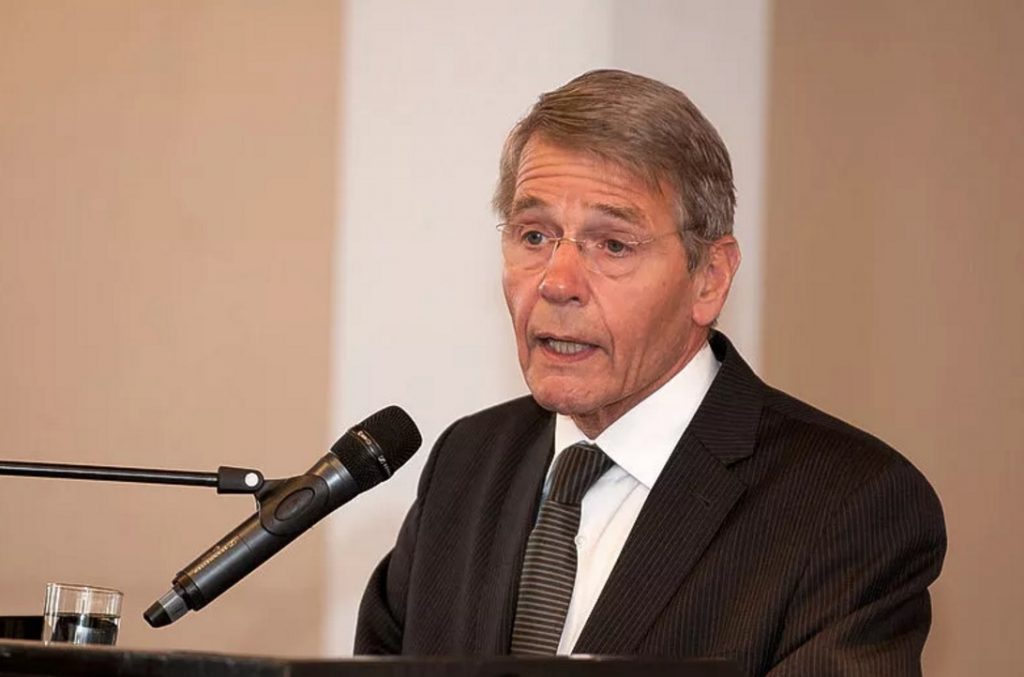 THE HAGUE–The Dutch Kingdom is a bit like a Greek tragedy: everyone does what he is expected to do, in good faith and often with good intentions, and yet the relations turn sour every time with parties forced into a final end which no one wants: the dissolution of the Kingdom.

Dutch Council of State Vice-President Piet-Hein Donner had a clear message as the guest speaker at Saturday’s gathering of the Netherlands-Aruba Society (“Genootschap Nederland-Aruba” GNA) in The Hague: We should not ask what good the Kingdom serves, but for what can we use the Kingdom.

Options for dissolution of the Kingdom that were being mentioned – the commonwealth structure, the Kingdom Islands and independence, did not offer a solution, but merely confirmed the evidence of incapability. “The incapability to treat each other and the existing relations in a proper manner and to make something of that,” said Donner in his well-received speech.

The large constitutional reform in 2010 has not eliminated the discontent within the Kingdom, which is not strange in itself because only one issue was tackled: the variety of opinions, interests and location. “We only used one recipe, more autonomy or less autonomy,” said Donner, a former Minister of Home Affairs and Kingdom Relations.

However, variety is only one of the problems. Other realistic issues are security and law enforcement, proper governance, legal protection and integrity in small island communities, equality within unequal relations, the development opportunities of the Dutch Caribbean and the possibility of synergy between the Netherlands and the islands.

“We have to realise that along the line of dependent autonomy there are no other options than to separate from each other. People can disguise that with terms such as ‘the commonwealth.’ But the reality is that this means we no longer have anything in common and that it surely does not serve the commonwealth,” said Donner.

“The reform of 10-10-10 was meant as solution for the dysfunctioning of the Netherlands Antilles. We have to be cautious that these reforms do not also result in a separation within the Kingdom prior to a divorce. There are no other options anymore and separation is the easy way out. It is the road of the paradox which wins if parties do not treat each other wisely.”

Simply parting from the Kingdom is not a given. The islands can opt to appeal to the United Nations where it comes to self-determination and decolonisation. The UN may assist with the self-ruling aspect, but it will not help to solve the subsequent problems for which the Netherlands will no longer be accountable.

Using the well-known phrase within the Kingdom “Unity in Diversity,” Donner stated that the diversity had been put up front in the changes within the Kingdom in the last few decades. “Unity became a last item. Autonomy may offer an answer to diversity, but it takes a lot more to feed and maintain unity and community,” he said.

Autonomy enabled the countries to deal with their own affairs, but this did not mean carte blanche. “Autonomy does not meant to sit back when essential values of the constitutional relations are at stake,” he said.

Donner noted that a lot of political energy was spent on discussing competences instead of addressing the real issues such as integrity, good governance and solid finances. The current Dutch Government has solved a number of these issues by issuing instructions to governors, drafting General Measures of the Kingdom Government and proposals for supervision or the monitoring of integrity.

According to Donner, The Hague has “harvested little appreciation and a lot of resistance” with these actions, which may surely have been lawful, but which have come across as arrogant. “However, at least it tried to get things moving and not to get stuck in the usual debate about more or less autonomy. Because the biggest vulnerability of the Kingdom is the lack of ability to act to tackle issues that affect the fundamental constitutional structure,” he said.

He made an urgent call to establish a Dispute Regulation (“geschillenregeling”) for the Kingdom to mitigate “getting stuck in differences every time.” The Kingdom Charter states the need for a Dispute Regulation, but so far the countries have not been able to reach a compromise on the format of this entity.

“The continuous discussions within the Kingdom and the pattern of the disputes is not good for the Kingdom. We don’t have more options than to dissolve the Kingdom, despite the attempts to disguise this with terms such as commonwealth,” Donner said.

He pointed out that in fact there was already a Dispute Regulation in place, instituted for the Financial Supervision Kingdom Law on Curaçao and St. Maarten, executed by the Council of State for the Kingdom which prepares a draft decision to settle a dispute on financial supervision. The Council of State is well-equipped for this task and acts independently.

The Netherlands and St. Maarten and the Netherlands and Aruba already reached agreement in 2015 that the so-called “fortified Crown appeal” would also be used for disputes as a result of the cooperation in the area of integrity improvement (St. Maarten) and financial supervision (Aruba).

“Without an adequate Dispute Regulation, we will get stuck in differences about autonomy and we will not get to importance of proper governance and adequate facilities in the interest of the people,” concluded Donner.