Home Local News Kingdom to host side event on maritime security at UN | THE... 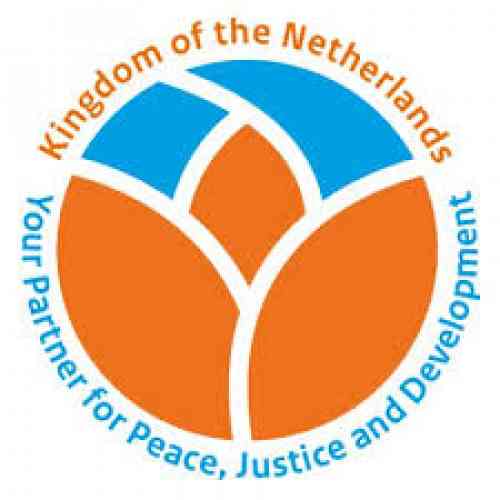 THE HAGUE–“Strengthening International Cooperation on Maritime Security in the Caribbean region” is the topic of an event in New York on September 25 hosted by the Minister of Defence of the Dutch Kingdom in collaboration with the Prime Ministers of Aruba and St. Maarten.

The event, which will feature high-level keynote speakers and a panel discussion, will take place at the United Nations (UN) headquarters as a side event during the UN General Assembly September 24-26.

According to information supplied to The Daily Herald on Monday, one of the purposes of the event is to identify opportunities for enhanced cooperation between the various countries and institutions within the Caribbean region in the field of fighting transnational organised crime, such as illicit trafficking of narcotics, firearms and other contraband.

Other purposes include promoting citizen security and broadening support for and making better use of the legal instruments that are in place, like the Treaty of San Jose, the CARICOM Maritime and Airspace Security Cooperation Agreement or the recently adopted CARICOM Counter-Terrorism Strategy.

The Dutch Kingdom seeks to spark a renewed effort for enhanced future cooperation and welcomes the institutions to join the effort in identifying opportunities for enhanced cooperation. “We intend to follow up on this event in the near future, and welcome all parties to actively engage in this process,” it was stated in a note of the Ministry of Defence.

The heterogeneous mix of countries and islands in the Caribbean have extensive coastlines and vast territorial waters to patrol and often limited law enforcement capabilities. The region is historically at a crossroads of international trade. Unfortunately, this also applies to illicit trafficking and other forms of transnational organised crime.

The Caribbean is situated in the midst of some of the world’s major drug-trafficking routes, between the world’s main drug-producing countries to the South and the major consumer markets of the North.

Many Caribbean countries are dealing with an increase in transnational organised crime in drug trafficking, human trafficking, firearms, extortion and/or money laundering. For the Caribbean societies, these crimes have a disruptive effect on their vulnerable populations.

Increasing sections of the population become involved in drug-related crime. Moreover, drugs consumption in the region is increasing. Drug trafficking, drug abuse and the consequences thereof constitute major threats to the lives, health, dignity and hopes of millions of people and their loved ones.

The region’s maritime space is being exploited by transnational organised crime syndicates, financial gains are used for many types of transnational crimes such as terrorism. Maritime security in the Caribbean region is a multifaceted and topical issue; it involves the fight against the illicit trade and smuggling of weapons, as well as early warning, coastal surveillance, citizen security and capacity building.
In the continuing fight against these threats, there is an increased need to make the best use of the various established institutions and frameworks and to strengthen cooperation between them.

Over the years, a wide range of Caribbean security institutions have been established such as CARICOM, its Implementation Agency for Crime and Security IMPACS; the Maritime and Airspace Security Cooperation Agreement (MASCA), the Caribbean Basin Security Initiative (CBSI), the Regional Security System (RSS) and the Treaty of San Jose.

These institutions and initiatives continue to strengthen cooperation, allowing for the further engagement of international partners in advancing security throughout the Caribbean.

Strengthening regional security cooperation requires both a wider regional approach and specific country approaches.
Cooperation in maritime security is a necessary step in dealing with the threats.

The Dutch Kingdom was a member of the UN Security Council in 2017 and continues in this capacity in 2018.