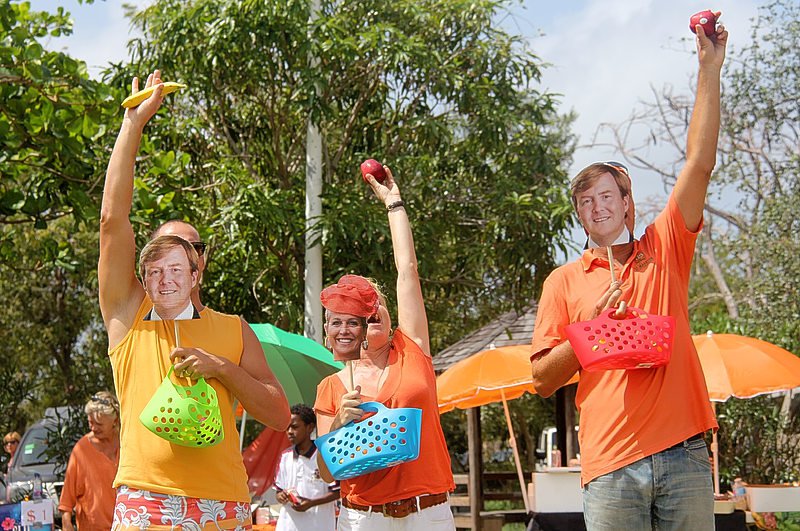 Playing a “royal” game at the King’s Day Free Market.

Where the traditional Free Markets, held in most big cities and many smaller ones in the Netherlands each year on King’s Day and previously on Queen’s Day, suffered from cold weather and rain in the European Netherlands, visitors in St. Maarten enjoyed the sun and warm weather while browsing along the many items that were for sale there.

The Free Market, which was organised with support from the representative of the Netherlands in Philipsburg, was open from 9:00am until 1:00pm.

In the spirit of King’s Day, the majority of sellers and visitors were dressed in orange, the official colour of the royal House of Orange Nassau.

Many tables and blankets lined the greens in the park, with the vast majority of people selling second-hand items, such as clothes, shoes, books, games and crockery.

A lot of haggling was going on, even though most of the vendors who had cleared their attics and yards sold their items cheap. There were also games to play, with the little ones enjoying themselves at a bouncy castle. 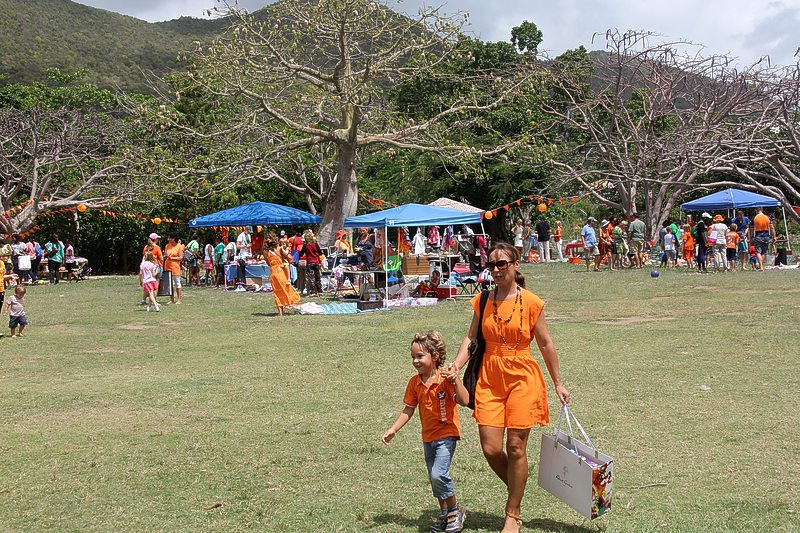 Many vendors displayed their second-hand items on the greens.

Many sellers, buyers and visitors were dressed in orange. 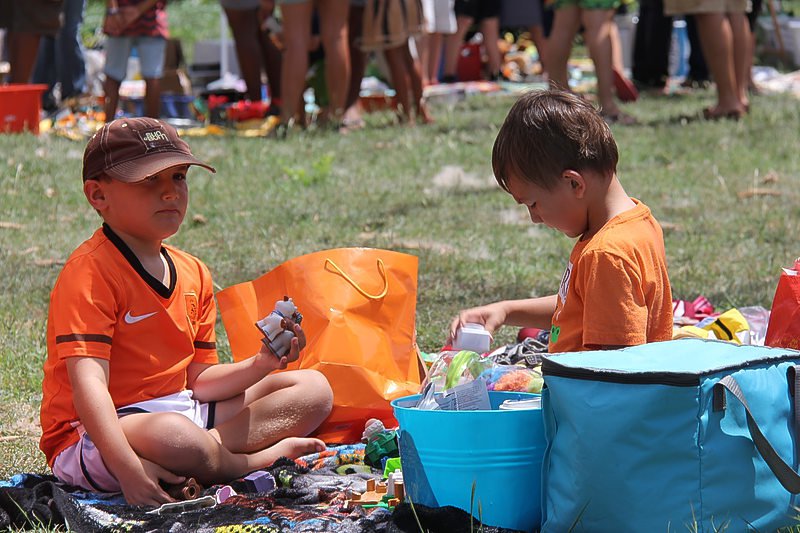 Two boys absorbed in their game.