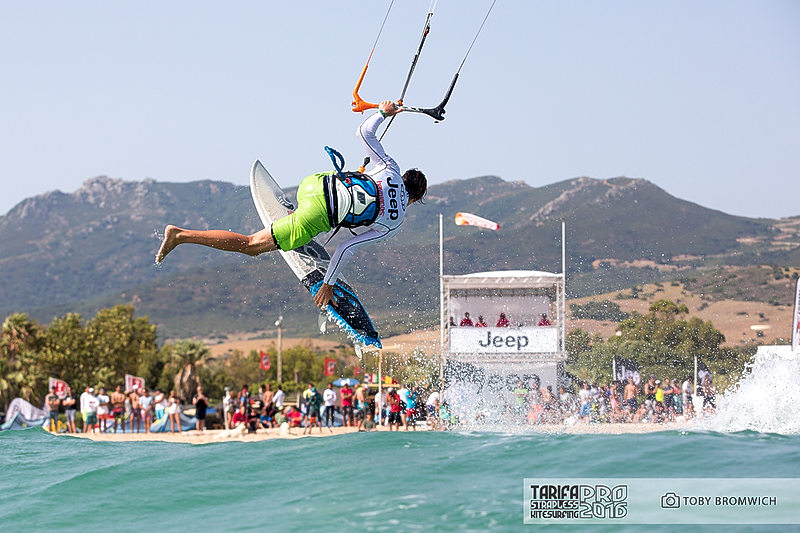 Demanez (17) was one four surfers who had wild cards and had to qualify for the main event. It was his first international competition in the strapless discipline (using a surfboard). Despite not receiving his surf board on time he still qualified in sixth place using a board twice as heavy as the one that had not arrived.

During the second day of competition, a single elimination round, he scored well and advanced in light winds of 13 to 14 knots that were similar to St. Martin. Judges take into account technique, degree of difficulty, and general impression.

He then faced 5-time Portugese champion Paolino Peireira but could not match the height of the jumps and more powerful style of Peireira. Demanez’s figures were very good but he lacked the height in his jumps; an indication that wind conditions in St. Martin are not suited to that level of competition.

Two Kitesurfers from Cape Verde took the first two places with Pereira placing third overall.
Theo ended up 12th overall out of the 24 pros. The last day of competition was a big air event for height and figures in which he also participated. Winds were in the region of 40 knots. Some 2,500 spectators watched the competitions.

Demanez’s will move on to the next leg of the event in the Canary Islands (Fuertaventura) at the beginning of August. Demanez is sponsored by the Collectivité of St. Martin, Métimer, Wind Adventures, Cabrinha Kites, NP Surf, and Horue. He is also on Facebook “Theodemanez” and website www.demanez.fr/wordpress/
Source: Daily Herald
Kitesurfer Théo Demanez 12th in world ranking after Tarifa event