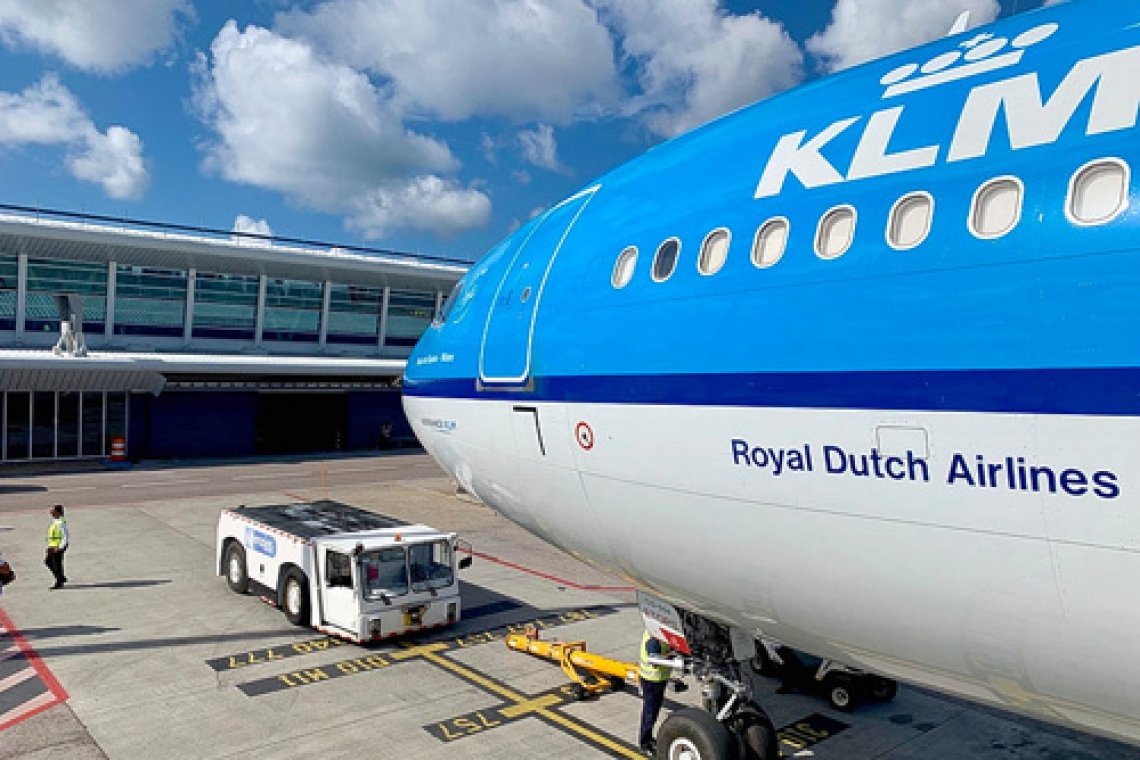 AMSTELVEEN–Five months after its reintroduction, Royal Dutch Airlines KLM is ceasing its direct Amsterdam-St. Maarten-Amsterdam flight per the end of this month. Per march 29, KLM will stop in Curaçao on the return flight to Amsterdam.

KLM also executed direct flights up to Hurricane Irma early September 2017. With Princess Juliana International Airport having suffered much damage and the passenger numbers being lower after the hurricane, KLM has been flying the St. Maarten route with a stop in Curaçao on the leg back to Amsterdam.

Asked by The Daily Herald whether the decision to cease the direct flight had to do with the St. Maarten airport building still being partially operational, a KLM spokesperson explained that during the summer schedule, KLM historically always flew the St. Maarten route in combination with Curaçao. “It has always been in the system like this, and is not connected to the airport repairs and renovation.”

The spokesperson could not confirm when exactly the direct St. Maarten will return. In the booking system it is stated that the first direct flight from St. Maarten to Amsterdam will resume on October 25, 2020. However, this can still change.

“Due to the renovations and repair works at the St. Maarten airport, the schedule to St. Maarten will also be subject to changes in the future. In general, KLM is continuously busy to optimise its network in which multiple changes can be simultaneously implemented. This means that slots used for a new opening or additional frequencies cannot always be linked one-on-one to a certain destination,” said the spokesperson.

Per March 29, KLM will service St. Maarten three times a week, on Tuesday, Thursday and Sunday, with a stop in Curaçao on the return to Amsterdam. Air France, which currently has six direct St. Maarten flights from Paris’ Charles de Gaulle airport, will reduce the number of flights per March 29 to four per week. These flights, on Monday, Friday, Saturday and Sunday, will remain direct flights.

In other news, KLM and Air France announced on Wednesday that their passengers can change their tickets free of charge. Passengers with a ticket issued on or before March 31, 2020, and valid for a flight scheduled between March 3 and May 31, 2020, regardless of the destination, can postpone their trip at no extra cost onto a later flight to the same destination up to and including until May 31 in the same booking class. The measure also counts for Delta Air Lines.

The temporary measure has to do with the outbreak of the COVID-19 corona virus, and enables passengers to postpone their trip. Passengers who want to postpone their travels until after May 31 or who want to change their destination, receive a voucher which can be used for a next ticket on KLM, Air France or Delta, or to purchase additional options.