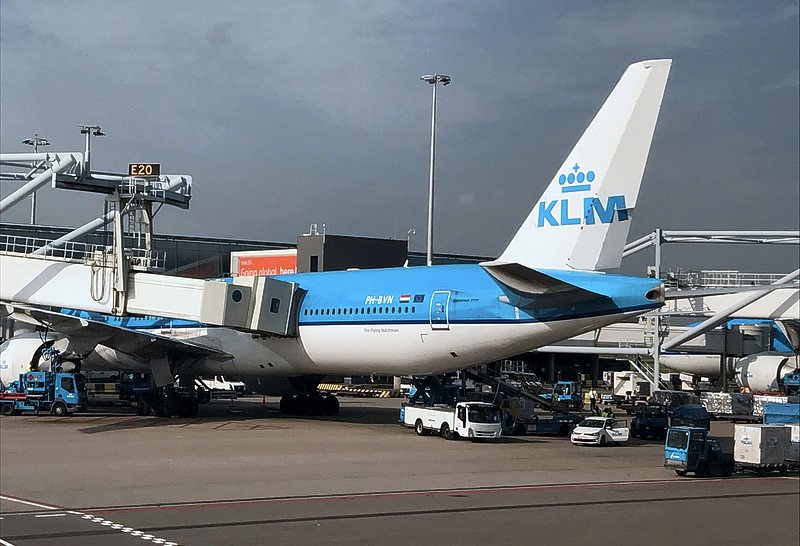 SCHIPHOL–Royal Dutch Airlines KLM has delayed the restart of its commercial flights to and from St. Maarten by two weeks. The airline will now start flying on November 12, instead of October 29.

KLM will operate two weekly flights, on Fridays and Sundays. Contrary to what was earlier announced by the airline, flights will not start on October 29, but two weeks later. The two- week postponement affects four flights.

The flight schedule has also changed: the Airbus A330 aircraft will not stop in Curaçao on the way from Amsterdam to St. Maarten, but on the return flight to Amsterdam. This means that the route will be Amsterdam-St. Maarten-Curaçao-Amsterdam, as was the case up to a year ago before St. Maarten got direct KLM flights. For now, the schedule will remain in effect until March 2018.

The postponing of the KLM operations is due to the limited operational capacity at the Princess Juliana International Airport which was severely damaged by Hurricane Irma. A KLM spokesperson said that KLM explained to The Daily Herald that it is anticipated that the airport will not be ready for KLM’s operation with its wide-body jet before November 12.

The KLM spokesperson said that the airline was doing its utmost to resume flights to St. Maarten as soon as possible. “We realise that St. Maarten it is important for St. Maarten that we resume flights. As soon as it is operationally possible, we will restart our operations.” KLM’s return to the island depends on the operational feasibility. The final check will take place on October 26.

Passengers on the four cancelled flights have been informed and were offered alternative dates and/or routes. Some passengers have opted to wait a bit longer, while others will be flying via Curaçao, Guadeloupe or the United States.

Rescheduling the passengers is no easy task because of the very limited capacity, said the spokesperson. The postponement of the KLM flights was a disappointment for the St. Maarten passengers in the Netherlands who were anxiously awaiting the resumption of flights since the hurricane.

Asked about the booking figures, the spokesperson said that the interest of passengers for St. Maarten has decreased a lot since the hurricane. “This is one of the reasons for adding Curaçao to the St. Maarten flight. In this manner, we can keep flying to St. Maarten, despite the diminishing interest.”

KLM’s sister airline Air France has also revised its schedule until March 2018. The airline will serve St. Maarten/St. Martin from Paris Orly Airport via Guadeloupe, in partnership with Air Antilles. Air France will execute two direct flights shortly before Christmas and after the New Year to accommodate increased holidays traffic.