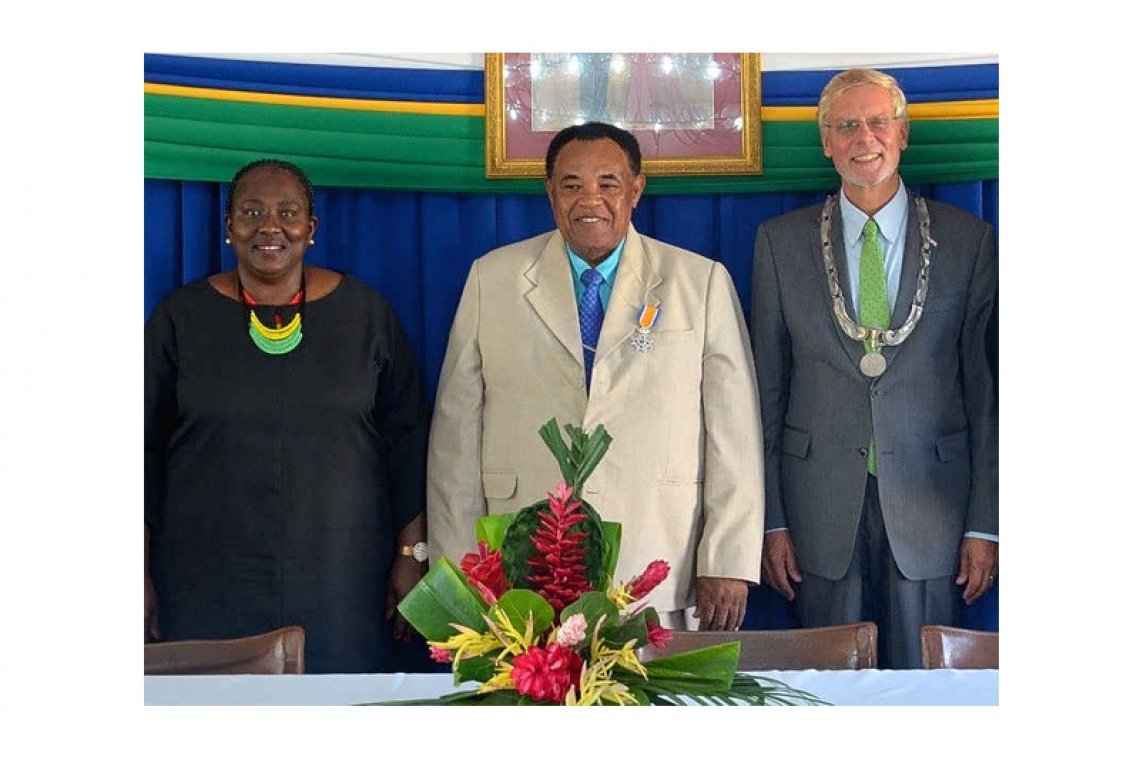 Woodley was appointed Knight in the Order of Orange Nassau, by State Secretary of Home Affairs and Kingdom Relations Raymond Knops, in name of King Willem-Alexander, on Thursday, April 23. That ceremony was held by video conference, because of social distancing as part of the measures against the coronavirus COVID-19.Woodley was decorated Friday in a ceremony led by Government Commissioner Marnix van Rij and Deputy Government Commissioner Alida Francis at V.A. Lopes Legislative hall, in the presence of family, friends and dignitaries.Woodley has been of service to the public both as a civil servant and a political representative of the people of Statia. He worked at the Department of Finance since the mid-1970s, where he finished his career as Head of Finance.From the age of 31, Woodley represented the Democratic Party (DP) as an Island Council Member from 1983 to 2011. He was a commissioner from 1983 to 1988, from 1991 to 1999 and from 2007 to 2011.