Home Headlines & Top Stories Knops: Corallo fine will be passed on to St. Maarten | THE... 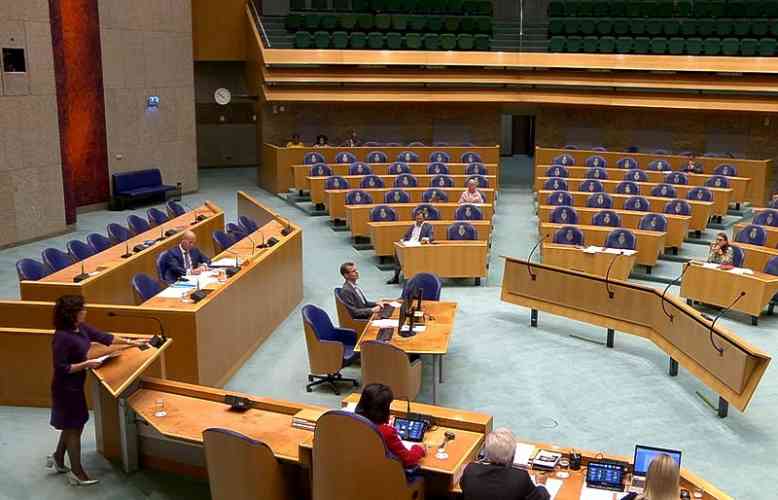 THE HAGUE–Dutch State Secretary of Kingdom Affairs, Raymond Knops is unpleasantly surprised by the ruling in the “Corallo versus the Netherlands” case and said the Dutch government is still studying the ruling. “But the fine will be passed on to the right party, which is St. Maarten,” he said.

Knops made his comments during a debate by the Second Chamber of the Dutch Parliament about the budget and policy for 2019.

Ronald van Raak of the Socialist Party (SP) mentioned the ruling by the European Human Rights Court. On Tuesday the court condemned the inhumane detention of casino boss Francesco Corallo when he was held in the police station in St. Maarten. The court awarded the Italian businessman 5,000 euros in immaterial damages and 5,500 euros in court expenses.

Van Raak demanded a guarantee that the Dutch government would not pay 5,000 euros to a “crook,” but also asked about the ruling.

“It is not the Kingdom but the Netherlands that received a fine. This is remarkable, as this means that, according to the court, the Netherlands has a higher status than the individual Kingdom countries,” Van Raak said.

André Bosman of the Liberal VVD party said the ruling is another example of unclear responsibilities within the Kingdom. “This is what I talked about on Tuesday. Minister of Justice Cornelius de Weever is leaning back and waiting for this to become our responsibility. This minister is not worthy of being a minister. Justice and law enforcement clearly have no priority in St. Maarten. Maybe the prime minister of St. Maarten should be invited to the Rijksministerraad,” Bosman said.

“I am unpleasantly surprised about the ruling,” Knops said. He said it is also unclear to him why the European Human Rights Courts fined the Netherlands and not the Kingdom in this case. “Together with my colleagues of Justice and Foreign Affairs we are seeking how to interpret this ruling, which might have consequences,” he said. He added that the Dutch in general respect rulings by the court, but that the bill would be passed on to St. Maarten.

Knops also said that while Prime Minister Leona Romeo-Marlin was welcome to attend Kingdom Council of Ministers meetings, there was no immediate need to do so. “I have addressed the issue of the law enforcement many times during meetings with Romeo-Marlin and with the minister of justice of St. Maarten. Everybody agrees that there is too little progress. I will continue to stress this,” he said.

Knops advised against a motion by Member of Parliament (MP) Roelof Bisschop of the reformed SGP party, who asked to keep Dutch cells available for prisoners in St. Maarten and in the meantime help to repair and improve the Pointe Blanche prison. Knops said it should be clear that law enforcement, including the prison, is the responsibility of St. Maarten. However, the Dutch government supports St. Maarten in drafting a concrete plan for the prison.

With regard to St. Maarten’s recovery, Knops repeated that durable repairs require solid plans and therefore more time. He mentioned waste management as an example. “However, I have asked the World Bank to speed up procedures where possible and will continue to stress this,” he said.