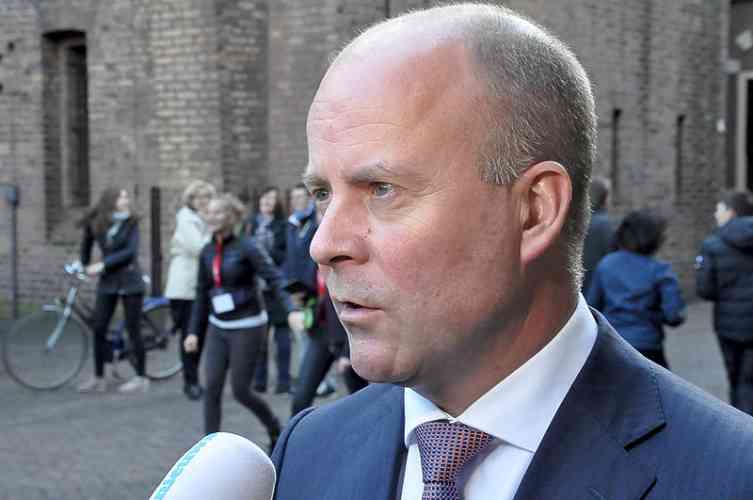 THE HAGUE–The Netherlands is assisting St. Maarten with the best intentions to recover after Hurricane Irma. The preconditions the Dutch government tied to the 550 million euros it made available for the island’s reconstruction can by no means be classified as re-colonisation, as suggested by some.

Dutch State Secretary of Home Affairs and Kingdom Relations Raymond Knops does not see any connection between the willingness of the Netherlands to help rebuild St. Maarten and the accusations that The Hague acts as a coloniser and meddles too much in the island’s autonomy.

“We are helping St. Maarten with the best intentions. The people that I speak with, the St. Maarten government, the non-governmental organisations and the international organisations, are happy that we assist,” said Knops in an interview with The Daily Herald earlier this week.

Some anti-Dutch sentiments have been ventilated in the St. Maarten Parliament, with Member of Parliament Christophe Emmanuel of the National Alliance (NA) referring to the Dutch as “colonisers.”

Knops emphasised that the Netherlands is not assisting St. Maarten from an economic perspective. “The reason that we are there is because we are together in a Kingdom, we share one passport and because we want to help a population that suffered a lot because of a major hurricane. I can’t figure how that can be termed as colonisation.”

According to Knops, the preconditions the Dutch government set – establishing an Integrity Chamber and strengthening border control – were “legitimate.” He said it was a fact that in the past the border control had not functioned properly. Furthermore, he called it only “logical” that when the Netherlands provided funding, it had to be sure that it was spent well.

The Dutch General Audit Chamber oversees at the manner in which the funds for St. Maarten’s reconstruction are being spent. “That is the Dutch context. I am accountable for what we do, not only to the Dutch Parliament and the Dutch taxpayer, but also to the people of St. Maarten,” Knops said.

The disbursement of the money takes place via a trust fund managed by the World Bank and secured through the Bank’s governance. “The St. Maarten government has a big say in the spending, the priorities and the precedence of the projects. I don’t know what would be inappropriate about that, let alone colonial,” Knops said.

He explained that there were no quick fixes in the recovery process. “It is complex. It is not just a matter of hiring a contractor, paying a bill and that is that. It concerns many millions. We have to keep vigilant how we spend the money and make sure we do the right things, also because the threat of new hurricanes remains.”

Asked about the limited capacity of the St. Maarten government, Knops said managing the reconstruction after a hurricane was not business as usual for anybody. “This hurricane was a disaster, and the damage was so great that one doesn’t know where to start. The St. Maarten government is not designed to take care of the period after such a major hurricane. Yes, there are capacity problems, and that is why we are providing support.”
Knops said the recovery process was a matter of prioritising. “You start with the most vulnerable people, those who have nothing left. It is just like in a war with only one doctor at your disposal: you have to make choices who to help first,” he said, emphasising that the needs of the people played a central role in the recovery.

“From the start, we have said this is a major disaster that St. Maarten cannot carry alone. We are one Kingdom and we offered help. The idea is to rebuild in a sustainable manner as much as possible.”

The 550 million euros from the Netherlands is not sufficient to cover the total damage of some US $2 billion. The St. Maarten government has to develop its own initiatives as well, and insurance companies also play a role.