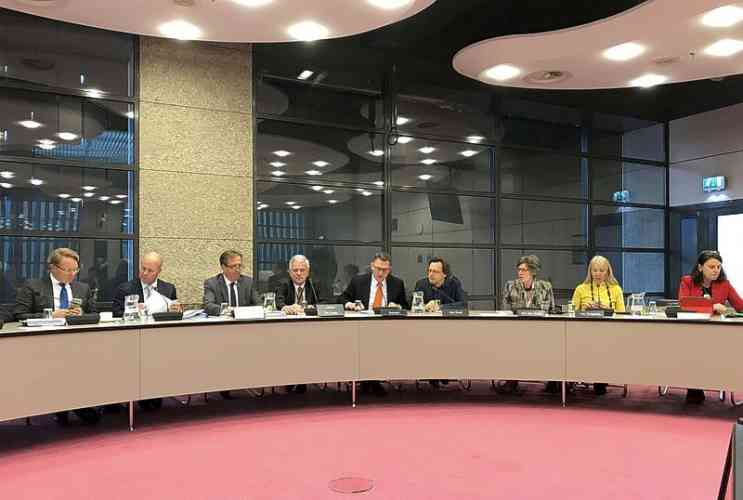 THE HAGUE–Dutch State Secretary of Home Affairs and Kingdom Relations Raymond Knops showed understanding for the call of the St. Maarten Hospitality and Trade Association SHTA to reduce the allowances and salaries of Members of the St. Maarten Parliament.

“I fully understand the call by the SHTA. However, it is first up to the St. Maarten Government to respond to SHTA’s call. I will give this attention in my own political contacts, even though it concerns a matter of the country,” stated Knops in a letter to the Second Chamber of the Dutch Parliament on Tuesday.

The State Secretary responded to questions in writing of Member of the Second Chamber Ronald van Raak of the Socialist Party (SP), who late last week asked for clarity regarding the allowances of St. Maarten politicians.

Van Raak wanted to know why Ministers and Members of Parliament (MPs) in St. Maarten received the highest salaries and benefits as the representatives of the smallest country in the Kingdom. MPs and Ministers in the other countries of the Kingdom earn less.

The State Secretary replied that he could not give an explanation as to why the benefits of St. Maarten politicians were higher than in the other countries of the Kingdom. “That is hard to explain. An explanation will first and foremost have to be provided by St. Maarten, because the height of the allowances concerns an authority of the country.”

The issue of the salaries and allowances also came up during a general debate of the Second Chamber’s Committee for Kingdom Relations with Knops on Tuesday, a few hours after the letter with the answers to Van Raak’s questions. Van Raak repeated his earlier statement that it would be a “meaningful symbolic gesture” if the St. Maarten MPs and Ministers were to reduce their salaries and benefits in these harsh times, especially in light of the suffering of the people.

Knops agreed that “for a small country” the St. Maarten politicians were earning a “hefty” salary. “St. Maarten is an autonomous country, but in times of crisis, one should also take a measure like this into consideration, and not allow the difference in income with citizens to become too great,” he said during the meeting.

In his letter to the Second Chamber, Knops confirmed Van Raak’s question whether it was correct that St. Maarten MPs and Ministers received at least one year redundancy pay after leaving office, no matter how long they served. The State Secretary explained that based on the Pension Regulation for St. Maarten public officials, the MP or Minister who leaves office has the right to redundancy pay for the same amount of time that he or she has been in office, but with a minimum of one year and a maximum of two years.

According to that annual report, the St. Maarten Parliament convened 19 public meetings, 25 Central Committee meetings and 25 meetings of the various Parliament Committees covering specific areas such as Finance, Justice, Education, Social Affairs and Public Health and integrity. Some of the meetings were postponed or adjourned several times due to a lack of quorum.

The annual report showed that the number of meetings attended by the St. Maarten MPs greatly differs per individual member. The attendance percentage ranged from 56 per cent to 100 per cent.

The Second Chamber on average convenes 1,600 meetings per year, Van Raak pointed out during Tuesday’s debate. This workload is spread over 150 MPs.