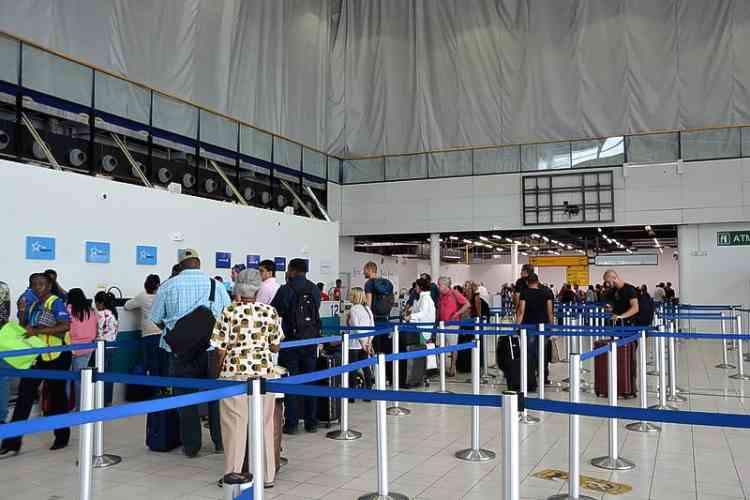 THE HAGUE–Dutch State Secretary of Home Affairs and Kingdom Relations Raymond Knops shares the concerns of Member of the Second Chamber of the Dutch Parliament Ronald van Raak of the Socialist Party (SP) about the possible delay of the St. Maarten airport reconstruction as a result of the political crisis.

Member of Parliament (MP) Van Raak sent written questions to the State Secretary on September 16, three days after an article appeared in The Daily Herald about the apparent offer of JPF Corporate Financing to finance Princess Juliana International Airport’s (PJIA’s) reconstruction for a reported amount of US $240 million.

The company reportedly had made a presentation one week earlier to the management and supervisory boards of PJIA, the Vidanova Pension Fund and Bank, and Tourism, Economic Affairs, Transport and Telecommunications (TEATT) Minister Stuart Johnson.

The State Secretary in the letter that he sent to the Second Chamber on Thursday, replied in the affirmative to the two questions of Van Raak: “Do you share the observation that St. Maarten cannot be helped if the government and Parliament don’t want to be helped?” and, “Do you share the concern that the airport recovery cannot be successful as long as politics in St. Maarten keeps resisting?”

This financing plan has been ready since November 2018, and consists of a contribution of US $51 million from the Dutch Trust Fund, managed by the World Bank, supplemented with a soft loan of US $50 million of the EIB. “The St. Maarten Parliament on July 3, 2019, gave its consent to the financing plan through the approval of the 2019 budget,” stated Knops, who added that on September 13, now caretaker Prime Minister Leona Romeo-Marlin explicitly confirmed government’s commitment to the financing plan.

“Based on my talks with St. Maarten Governor Eugene Holiday about the political crisis on the island and the September 30 press statement of the Governor, I conclude that the caretaker government continues to handle all current affairs and respects all existing agreements.”

The State Secretary said he also concluded that the Governor has asked National Alliance Party Leader Silveria Jacobs to act as “formateur” of an interim cabinet and to give priority to, among other things, the execution of the agreements with the Netherlands regarding the reconstruction, including the existing agreements regarding the financing for the airport’s recovery.

The airport’s reconstruction is a precondition for St. Maarten’s economic recovery, stated Knops. He noted that the Dutch government has set a number of conditions to the approval of the financing plan. These conditions are aimed at the professionalising and strengthening of the airport management.

The conditions include the involvement of the Royal Schiphol Group to attract international airport expertise and an obligatory screening of the airport management and supervisory board. “These measures must see to it that the airport, as a part of the vital infrastructure, as a port of entry and the engine of the economy, becomes less vulnerable to influencing by local politicians whose interest is said not to match that of the local population.”