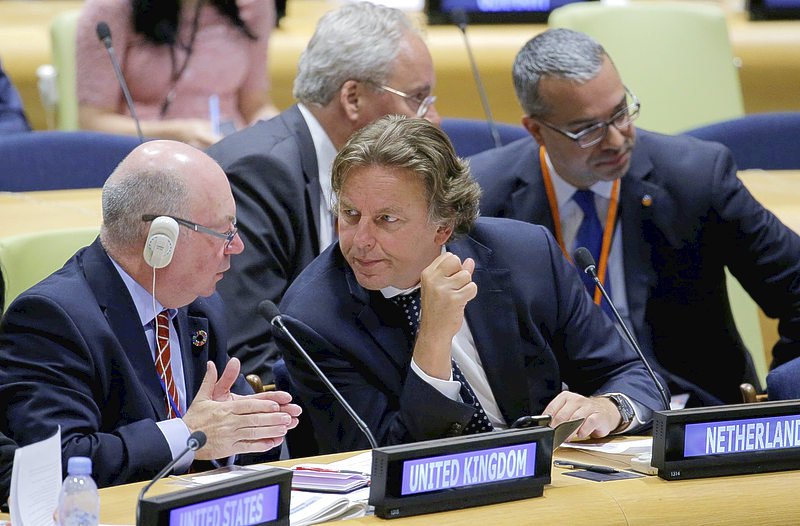 THE HAGUE/NEW YORK–Dutch caretaker Minister of Foreign Affairs Bert Koenders has requested the support of the United Nations (UN) for the reconstruction of St. Maarten after Hurricane Irma.

Koenders did so during an international meeting at the UN headquarters in New York on Monday about the devastating consequences for the islands that were hardest hit by Hurricane Irma on September 6. The Ministers of Foreign Affairs of the United Kingdom and France were also present at this meeting, as well as representatives from the Caribbean region and various UN organisations.

Koenders called on the UN to be “generous in the granting of financial means from the UN funds and in the availability of expertise for the reconstruction.”

He expressed the hope that the UN will act swiftly and flexible upon the urgent needs of the people in St. Maarten. “There is no time for bureaucracy,” said Koenders.

The Minister said the hurricane had caused “horrendous destruction” and that many people had lost their homes. He also pointed out the vast damage done to the local infrastructure. “It is an enormous task to restore everything.”

Koenders addressed the UN on behalf of the four countries of the Dutch Kingdom. He gave an overview of the immediate assistance that was needed in St. Maarten, St. Eustatius and Saba. He thanked the organisations already present on St. Maarten to help the people there and to assist in the next phase, the reconstruction. He called on the organisations to continue their good work.

During the meeting it was decided that together the involved countries will do everything within their power to assist the affected people with emergency assistance and the reconstruction of their island.

Many UN organisations are already active in the affected area, and are assisting with the assessment of the urgent needs, the reduction of risks of infectious diseases, the distribution of food and water, and the providing of technical assistance. The UN Development Programme has made US $2 million for the islands and the UN Coordinator for Humanitarian Aid US $10 million.

During Monday’s meeting, Koenders made a plea on behalf of the entire Kingdom to install a special UN delegate for climate and safety who should focus on the safety aspects of the climate change.

“We can be confronted with such powerful storms again. Small island states in the Caribbean are extremely vulnerable and are completely destroyed within a few hours. The UN plays a crucial role in developing plans to react to those risks and to anticipate. That is why the Kingdom wants a special delegate at the UN who focuses on this,” said Koenders.