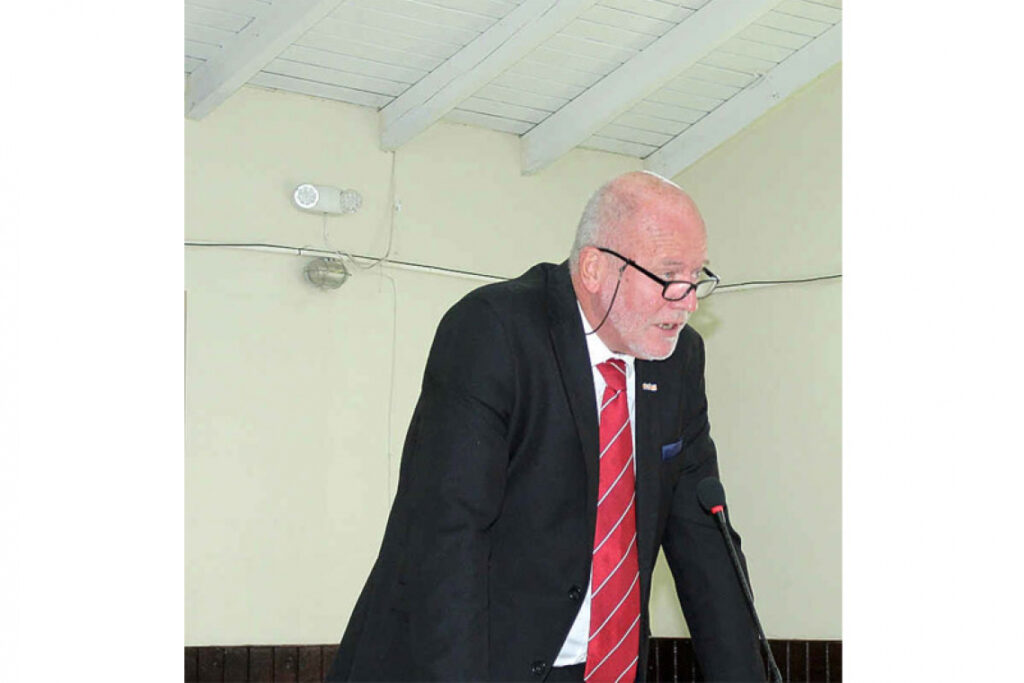 ST. EUSTATIUS–Independent Island Councilman in St. Eustatius Koos Sneek officially kicked off his campaign for the Dutch Parliament’s Second Chamber election, which is scheduled to be held March 17.

Four years ago, Sneek also took part in the election as a candidate on the list of the Christian-Democrat CDA party. “Also, this year, I am a candidate of the CDA party,” he said.

As in previous Second Chamber elections, Sneek will run as a candidate on the CDA slate, but only in voting district 20. District 20 comprises the islands of the Caribbean Netherlands Bonaire, St. Eustatius and Saba. This means that only voters in these three islands can cast their vote for Statia’s councilman.

As far as Sneek knows, the CDA is the only party that includes regional candidates on its list in each voting district. They call this the “tail list.”

“This is to allow local voters to put their vote on a candidate they know and are familiar with. However, it should be clear that due to the relatively small number of voters in our voting district it is basically impossible for me to be elected as a member of the Second Chamber. This also is not my goal and not the reason why I take part in these elections.”

He said that by participating in the Second Chamber election, he is “part of a party that may have up to 20 seats in the next Parliament.” He said that being on the list has already proven to be invaluable.

“I was able to build up a substantial network in The Hague. I was able to visit and meet with Members of Parliament every time I visited the Netherlands. When topics were debated in Parliament concerning Statia or the Caribbean Netherlands oftentimes my input was requested as the party member on the ground in Statia,” Sneek said.

He was also able to meet with members of other political parties and they consulted him on topics concerning Statia. He said that being on the list gives influence and a platform to represent Statia’s interests.

“I want to continue that lifeline, that connection with the politics in The Hague. I want to continue to serve the people of Statia in this manner. And if you believe that what I say here makes sense, then I count on your support.”