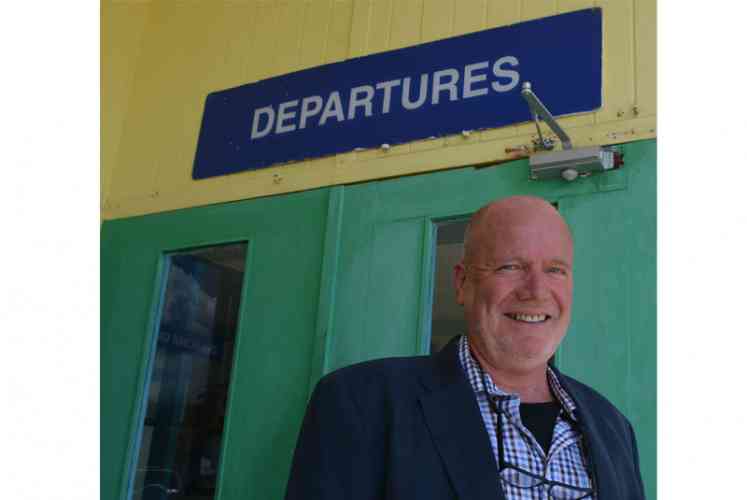 Koos Sneek leaving for discussions in The Hague.

ST. EUSTATIUS–Former Island Council member for the Democratic Party (DP) Koos Sneek left St. Eustatius Sunday for a visit to The Hague. His purpose is to lobby parliamentarians.

“I am advocating the need for a transitional period to assure continuity,” Sneek said before his departure. “The Council of State has advised this specifically. A transitional period, in my opinion, may avoid the need of postponement of elections. However, this would mean that the Government Commissioner for St. Eustatius remains in place for a certain period.”

Sneek said he will be speaking with various leaders of the Kingdom Affairs Committee. “In addition to meetings with Sybrand van Haersma Buma, faction leader of our affiliated party, the [Christian-Democrat – Ed.] CDA, I shall hold talks with leaders of [centre-democrat – Ed.] D66 and the Christian Union. Ronald van Raak of [Socialist Party – Ed.] SP has also been included in my round of discussions,” Sneek said. He stressed that his trip to the Netherlands is personally financed.