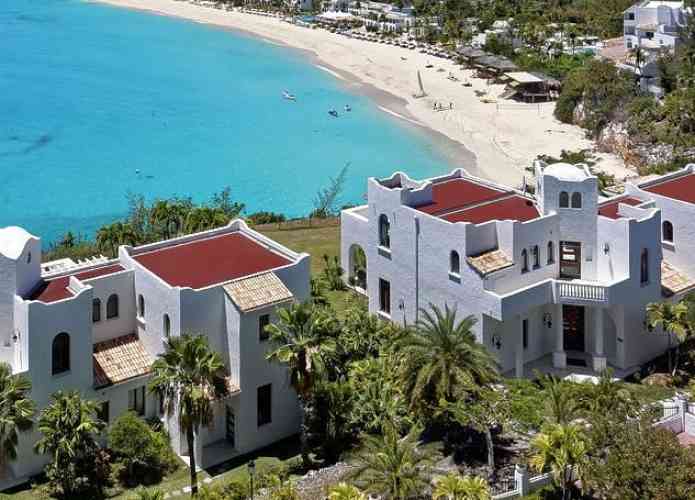 MARIGOT–Employees of the Belmond La Samanna Hotel in Lowlands met with Second Vice-President Yawo Nyuiadzi on Wednesday, requesting the Collectivité to intervene over what employees understand will be a mass lay-off of most of the employees from the closed luxury property in the coming two months. They also took their grievance to the Préfecture.

An employee who spoke to The Daily Herald said the hotel reportedly plans to fire 149 employees and keep only seven.

“The hotel is talking about losing money since 2012 and having to pay heavy social charges, but at one meeting earlier in the year we had with management they were talking about expansion projects in the region and it all sounded positive,” said the employee. “Now we are very surprised to get this news. We don’t see why the hotel cannot re-open. There’s no structural damage.”

According to the employee, their union leader officially received news of the lay-off from the hotel management. Yet, the hotel’s General Manager Michael Schoonewagen told this newspaper soon after the passing of Hurricane Irma that the aim was to re-open the hotel in December 2018.

“Ever since Irma we have not been able to have a sit-down meeting with the management,” the employee continued. “The manager usually gets the secretary to send out messages. We’ve had meetings amongst ourselves.

“Last Thursday we assembled for a march in the Galis Bay car park at 7:00am, but the Gendarmes sent us away. We are also hearing that laid-off employees will get only a nine-month contract when the hotel re-opens in December; but with a short contract like that you can’t get bank loans.”

It was understood hotel employees are receiving 70 per cent of their salaries paid by the State from the aid package set up in the aftermath of Irma for all employees in St. Martin.
“It’s not sufficient, but better than nothing,” he said, adding that a meeting has been scheduled for February 15, to discuss the matter with Préfète Déléguée Anne Laubies and representatives from the Collectivité and La Samanna management to resolve the situation.

Meanwhile, no clarity could be obtained from General Manager Michael Schoonewagen by press time. Phone calls were not answered. Vice-President Nyuiadzi confirmed employees told him management plans to lay off 138 employees.

“I listened to what they had to say and they [employees, Ed.] are very anxious,” he said. “The problem is that this is a private affair and we cannot intervene much, but we will talk to the management before taking our position. We can insure rules are not being broken, facilitate meetings and do everything we can to help the hotel. We are very concerned as this is our best hotel on the island. We absolutely do not want to have another La Belle Creole situation on our hands like years ago. We want to create jobs, not lose jobs.”