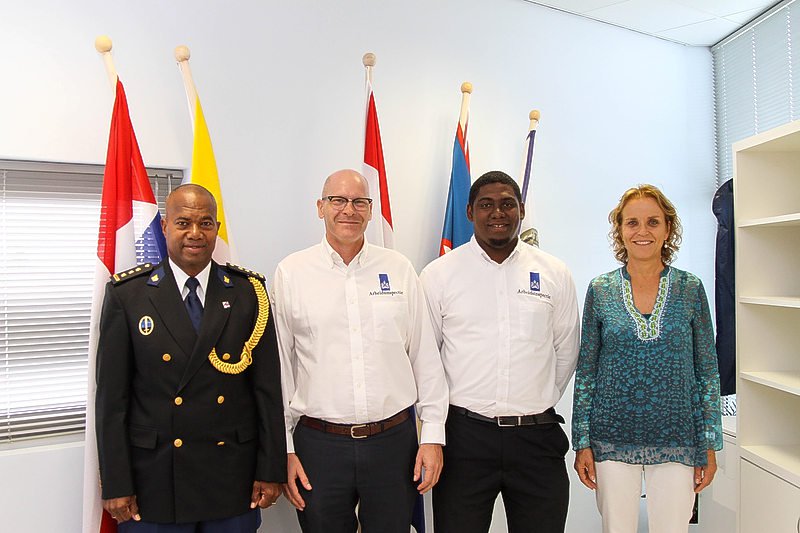 As result, the number of Labour inspectors who also are extraordinary police officers has doubled, which is consistent with the service’s policy of increased professionalism.

Efforts are made within the Inspectorate to increase expert knowledge. Taking action requires tact, mutual respect and, where necessary, the use of coercive instruments.

Inspectors need legal knowledge for this. The Extraordinary Police Officer training is part of the process to acquire this knowledge. Apart from acquiring general legal knowledge, the inspectors also learn how to prepare an official report.

The Labour Inspection enforces laws concerning labour and social schemes which are implemented by the Social Affairs and Employment Unit SZW. This concerns laws on occupational safety, working hours and rest times, work performed by foreign nationals, loss of income, minimum wage and termination of employment.

Companies and citizens need to act socially responsible and comply with laws and regulations. When they do not do this, the Labour Inspection takes enforcement action. It has several instruments which can be used to enforce the law.

Warnings are issued for minor violations in the fields of occupational safety, working hours, minimum wage and other employment conditions. The company will be given the opportunity to resolve the violation. The violation will be registered in a warning letter and a period will be set within which the violation should be resolved.

An instruction is issued in the area of occupational safety in cases when there is no immediate serious danger to persons and which are not governed by concrete provisions in laws and regulations. A period will be determined in which the violation needs to be resolved, and it is specified what the employer should do to remedy the violation.

Orders to halt work are issued when the Labour Inspection assesses that resuming or continuing work will pose a serious danger to persons. Failure to comply with the order is considered an offence.

Work permits are revoked in case of failure to comply with the conditions in the permit or in case of abuse. The Labour Inspection may also advise the Head of the SZW Unit to temporarily refuse to grant a company a work permit because the company does not have its administration regarding work performed by foreign nationals in order. The purpose of suspending the granting of work permits is to give the company the opportunity to improve the permit application process.

Administrative fines can be imposed if the employer does not comply with the so-called loss of income laws. The Labour Inspection will prepare a fine report, after which the SZW Unit Head will fine the employer on behalf of the Minister of Social Affairs and Employment. This procedure is comparable to preparing an official report. The fine is processed under administrative law.

An official report is issued in case of specific criminal offences and repeat violations. These concerns, among others, illegal employment pursuant to the Labour Law Foreigners BES, and grave accidents pursuant to Occupational Safety Act BES, such as fatal accidents, very serious offences or accidents resulting in permanent injury.

An official report is also issued when an employer fails to act on a previous warning or instruction. Ignoring an order to halt work will also result in the issuance of an official report. The report is processed by the Prosecutor’s Office.